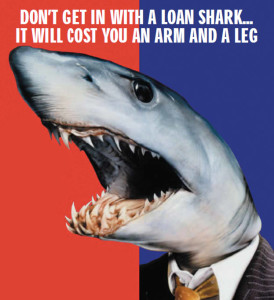 Gov. John Hickenlooper has three official requests on his desk to veto House Bill 1390, legislation that adjusts the cap on subprime loans allowing 36 percent on a $3,000 loan.

The bill was introduced near the end of the session and sailed through. Groups that oppose it say they didn’t have time to make their case and want a veto in order to give the proposal more debate next year…

“In a legislative session that was supposed to be about the middle class, this bill moves Colorado in the wrong direction,” states the joint veto request from The Bell Policy Center, ProgressNow Colorado, the Colorado Center on Law & Policy and the Colorado Progressive Coalition.

“We wish this bill had come up earlier in the session to allow more time for conversations with legislators and a greater opportunity for the views of average Coloradans to be heard. Your veto of HB15-1390 will help protect low- to moderate-income Coloradans from detrimental credit products. The Legislature can address this issue again next session in a manner that ensures all viewpoints are heard and more measured deliberations take place.”

“We are not opposed to the loans, just to increasing the current rates so significantly,” the letter reads.

“This bill simply takes money from Colorado family pockets and sends it to Wall Street and out-of-state investors,” Katz said. “That’s not how Colorado should do business or treat its families.”

Read more coverage of House Bill 15-1390 in the Durango Herald and Colorado Public Radio. To the dismay of lobbyists and complicit lawmakers, the word is definitely getting out. 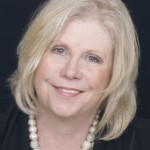 As we’ve discussed in this space, the whole purpose of introducing this legislation at the last possible moment in this year’s legislative session was to limit the public’s knowledge of what was happening. Now that the press is covering it, it looks very bad–and Democratic legislators who sponsored this late bill are being forced to defend their actions. That’s not going real well, as Vela continues:

“These people have nowhere to go to get a loan,” said Sen. Cheri Jahn, D-Wheat Ridge, who helped sponsor the legislation in the Senate…

“They’re trying to associate it to payday lending and it’s not,” Jahn said. “These financial institutions are willing to give loans to people with bad credit, who are trying to rebuild credit. So the interest rate is higher, but not as high as payday lending.

“These groups that come out opposing this, always say, ‘You’re taking advantage of poor people.’ No, not really. They have nowhere else to go.”

Got that? Consumers have “nowhere else to go,” so let’s jack up their interest rates! Makes perfect sense if you’re the one lending the money. Those consumers aren’t likely to be so happy about it, however.

Democratic supporters like Sen. Cheri Jahn and the bill’s House sponsor Rep. Jovan Melton argue that the number and total dollar amounts for this type of loan have shrunk in Colorado since 2005. That’s a disingenuous argument, though, since in 2005 subprime credit was incredibly easy to obtain–so much so that subprime debt nearly sank the entire U.S. economy just a couple of years later. Back in reality, as the New York Times reported in detail last fall, subprime personal loans–and the companies booking them–are doing just fine in today’s recovering economy.

The lenders argued that interest rate caps had not kept pace with the increased costs of doing business, including running branches and hiring employees. Unless they can make an acceptable profit, the industry says, lenders will not be able to offer loans allowing people with damaged credit to pay for car repairs or medical bills.

But a recent regulatory filing by one of the nation’s largest subprime consumer lenders, Citigroup’s OneMain Financial unit, shows that making personal loans to people on the financial margins can be a highly profitable business — even before state lending laws were changed. Last year, OneMain’s profit increased 31 percent from 2012… [Pols emphasis]

The legislative victories in states including Kentucky, Arizona, Missouri, Indiana and Florida have come at a particularly opportune time for Citigroup, as the bank prepares to sell or spin off OneMain into a separate, publicly traded company.

Another large subprime consumer lender, Springleaf Financial, went public last October, and its shares have increased 78 percent since then.

Folks, does this sound like an industry “in decline” to you? Answer: not even a little bit.

Bottom line: we know a lot of Democrats voted for this legislation, including Democrats who can reasonably assert credentials when it comes to protecting working families and consumers. But passing this bill was nonetheless a huge mistake, best illustrated by the dramatic difference in voting between House Democrats and their Senate counterparts once the alarm was sounded. This was a lobbyist-engineered swindle, part of a multistate strategy to pad these lending companies’ bottom line–rammed through the Colorado General Assembly at the last possible moment for the express purpose of keeping it quiet.

It needs to be vetoed. And every Democrat who voted for this bill needs to take a long, hot shower.