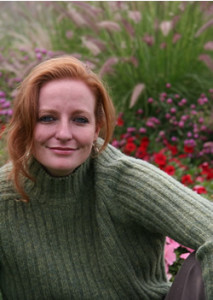 State Sen. Morgan Carroll is meeting next week with national Democrats to talk about the possibility of her running for Congress in the U.S. House seat now held by Rep. Mike Coffman, R-Aurora, said two fellow party members.

On the agenda for her Washington visit is a powwow with the Democratic Congressional Campaign Committee, which acts the hub of the party’s House fundraising and strategy. A DCCC aide confirmed the meeting.

Carroll also is expected to spend time with officials from Emily’s List, a campaign group that backs Democratic women who support abortion rights…

A run by term-limited and popular Senate Minority Leader Morgan Carroll could be a major boost for Democrats, seeking the winning combination to pick up what remains on paper one of the nation’s most competitive congressional seats. The 2011 redistricting process refashioned Coffman’s district from Tom Tancredo’s old conservative stronghold into a winnable prospect for Democrats, but Coffman’s shameless reinvention resilience in two subsequent election cycles has proven a major frustration.

As a presidential year, 2016 could prove a much a more opportune election cycle for Democrats to pick up this seat. Unknown and underfunded Democratic candidate Joe Miklosi came unexpectedly close to taking out Coffman in 2012, a showing that may better predict how Carroll would fare in 2016 than Andrew Romanoff’s drubbing last year in an election that was highly favorable to the GOP. Carroll’s deep ties to the district as a longtime representative of Aurora in the state legislature gives her an advantage that the two previous Democratic candidates lacked.

Perhaps the biggest question if Carroll does get in this race is how it might affect Coffman’s plans for 2016–increasingly viewed as a likely candidate to challenge Sen. Michael Bennet, we’re not completely sure whether Carroll’s entry into the CD-6 race would push Coffman to run for Senate…or motivate fellow Republicans to keep him in CD-6 to defend the seat. If she does get in this race, we’re pretty confident that Morgan Carroll will be the greatest challenge Coffman has ever faced. And without Coffman to defend CD-6, she is quite likely to take this seat away from the GOP for as long as she wants it.

Stay tuned, a lot is riding on this decision–for both parties.