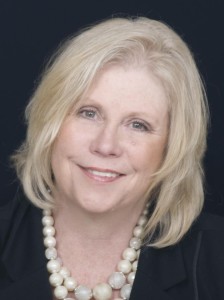 Just when you thought it was safe to exhale as the end of the 2015 session of the Colorado legislature approaches today, fresh controversy is brewing at the Capitol over House Bill 15-1390: a bill that sped through the House yesterday before passing the Senate today to allow lenders to dramatically increase interest rates charged for specific types of personal loans. Passed with almost no notice or debate, the Bell Policy Center is urgently sounding the alarm–from their release yesterday before the bill passed the Senate this morning:

A late bill that is clearly bad for consumers easily passed the House and is on the Senate floor. This bill, Allowable Finance Charge for Certain Consumer Credit Transactions (HB15-1390), would raise the cost of credit for moderate- and low-income Coloradans on certain consumer credit transactions. The frenzied pace of the final days of the legislative session paved the way for this bill to sail through, and consumers stand to lose. [Pols emphasis]

The bill passed the House (62-2) last week and the Senate Finance Committee (4-1) this morning, despite strong testimony in both chambers from our Rich Jones. Jones said that raising the caps on certain supervised loans and consumer credit sales would lead to more high-cost and unaffordable credit products. We are not opposed to the loans, just to increasing the current rates.

The Colorado Attorney General’s Office, which regulates these loans, testified in the House about how HB15-1390 would affect these loans. While neutral on the bill, the office said that it would increase the costs of an average $6,000 loan by 38.1 percent. In response to a question, the Attorney General’s Office also said there is nothing to indicate that this credit product is not available to consumers or that consumers are having a hard time accessing this product. [Pols emphasis]

In a legislative session that was supposed to be about the middle class, this bill moves Colorado in the wrong direction. We wish this bill had come up earlier in the session to allow more time for conversations with legislators…

But the extremely limited debate this bill received appears to have been a feature, not a bug. The legislation has its origin with lobbyists for OneMain Financial, a branch of Citigroup that specializes in the kinds of personal loans that would be affected. The bill was rushed through the House with almost no opposition, but the vote today in the Senate was not unanimous after Democratic Senators realized there was a problem. There seems to be an effort now that the bill is causing controversy to make excuses for its plain effect–allowing lenders to hike interest rates on personal loans. Unfortunately, it’s a one-page bill, and there’s no sugar-coating what it does.

Much like the shenanigans we’ve seen in previous years to undo hard-won reforms of the payday lending industry, what we’re seeing here is another ugly brute-force attempt by lobbyists and allied politicians to ram through an undesirable piece of legislation during the final crush. Longtime readers will recall that the payday loan reform battle was fraught with lobbyist-engineered treachery, with several attempts before success in 2010 scuttled by Democrats making “surprise” votes to kill the bills. Sen. Cheri Jahn, the Senate sponsor of House Bill 15-1390, has a long history of this kind of thing, and has little trust among consumer advocates as a result.

Bottom line: lender lobbyists are some of the most audacious under the Dome, but this bill could well be a step too far–for them, and for legislators in both parties who signed on to this ill-advised ploy. There is simply no reason to ram through legislation like this except to gouge consumers and enrich lenders. And the only reason to ram it through at the last minute is to keep it quiet.

In short, it’s one of those situations that makes voters, you know, cynical. Hopefully, Gov. John Hickenlooper will correct what appears to be a major bipartisan mistake.