Jeffco School Board Media Flacks Doth Protest Too Much 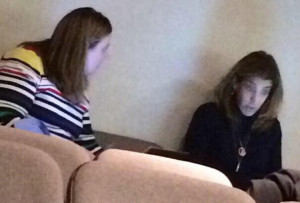 We talked last month about a GOP-aligned media relations shop, Novitas Communications, that was hired by the Jefferson County Board of Education’s new communications director Lisa Pinto–herself a longtime Republican political operative. Novitas’ contract to “shift” coverage of the controversial board majority to positive from the more or less unbroken string of disastrous press the district’s conservative majority has earned since taking office is a tall order, but we’ve been watching since this announcement for signs of Novitas and their conservative usual suspect friends swinging into action.

Parents, students, and teachers upset with the Jefferson County Public School District Board of Education majority members and select district staff continue to use social media to get their frustrations out.

However, some of those targeted by anonymous Twitter handles call their messages rude, intimidating, unflattering, and just plain mean at times.

And it appears the @notlisapinto, @notjohnnewkirk, @notdanmcminimee, @notkenwitt and @notjuliejeffco accounts are being operated with the blessing of the Colorado teachers union top official and the two top officials for the Jefferson County Parent Teacher Association – despite those organizations touting their goals as student-based and continually denouncing bullying through the #standup4kids Twitter hash tag.

Lisa Pinto, chief communications officer for Jeffco, said the Tweets about her are hurtful and judgmental. Because Pinto is not an elected official, those posting to her site could be held liable for the remarks… 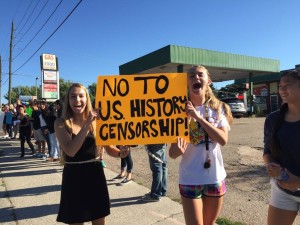 First of all, there’s no question that Twitter has not been very good for the conservative Jefferson County school board majority. Last fall, the board’s proposal to “review” the district’s AP history curriculum to “promote citizenship, patriotism, essentials and benefits of the free enterprise system, and respect for authority” became a worldwide news story largely because of the Twitter hashtag #jeffcoschoolboardhistory–which went viral with literally thousands of satirical Tweets lampooning Julie Williams and the proposal generally. Another Twitter hashtag, #standup4kids, is a major communications hub for opponents attending Jeffco board meetings.

So yeah, the Jeffco school board majority probably aren’t big fans of Twitter.

Hoping to garner sympathy for the board majority and discredit intense criticism on Twitter, the Independence Institute put up a low-quality website aggregating Tweets from some of these pseudonymous accounts. In the Complete Colorado post, there are allegations of racially charged Tweets against Pinto, who is Hispanic, but we haven’t seen that proven–or even clearly alleged which of the many Twitter accounts involved in discussion of the Jeffco school board might be responsible. The examples of “mean Tweets” posted to the Independence Institute’s Mean Girlz site aren’t anything close to that level of offense, and we assume if bonafide examples of racial harassment existed they would be front and center. Certainly anonymous Tweets can be meanspirited, but attempting to discredit real people simply because they “Re-Tweeted” something is asinine. And as for the notion that these accounts are operating “with the blessing” of the PTA or anyone else? Based on the Complete Colorado blog post, that appears to be totally baseless conjecture at best, and possibly downright libelous.

Bottom line: whining about treatment on social media doesn’t make the conservative Jeffco school board majority or their army of paid media flacks look good. Twitter is just one venue in which damaging information about the board majority’s actions flows freely to the public, and overwhelmingly, the content speaks for itself. If the board’s media flacks want to respond, the way to do that is factually–not by complaining about meanie anonymous Twitter trolls and playing silly guilt-by-association games.