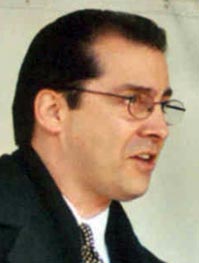 A heated race for a seat on the Fort Collins City Council is attracting lots of attention from outside groups — including some that may not even exist.

Reporter Nick Coltrain of the Coloradoan has been doing a good job in covering the intricacies of the Ft. Collins municipal elections, which are rapidly drawing to a close (mail ballots are due by Tuesday). One of the more interesting races is in District 2, where frequent candidate Ray Martinez continues to be dogged by charges first leveled his direction when he first tried running for City Council 20 years ago (and later during an attempted campaign for the state legislature).

But perhaps the most curious story of the District 2 race was reported by Coltrain in today’s Coloradoan:

Larimer Energy Action Project, whose website declares “We can frack safely in Larimer County,” spent the money to canvass and distribute literature in District 2, the east-central district Martinez hopes to represent. Martinez, a former mayor, is facing Poudre School District Board of Education member Nancy Tellez in the contest.

LEAP’s phone number on its website has been disconnected. Representatives from LEAP did not return an e-mail asking for comment Thursday. [Pols emphasis]

Martinez served as a paid consultant for a Colorado Oil and Gas Association-backed group that fought a 2013 ballot measure seeking a five-year moratorium on hydraulic fracturing in Fort Collins.

Now, Martinez supporters are quick to point out anti-fracking groups have also spent large sums of money opposing his candidacy or supporting opponent Nancy Tellez, but that’s not the point here. Obviously both candidates are going to have different levels of support on different issues, but thus far, only one of those organizations (LEAP) has all but vanished since spending $20k supporting Martinez.

Perhaps LEAP just spent so much money backing Martinez that it couldn’t afford to pay the phone bill?