UPDATE: Speaking of exploiting tragedy, Personhood USA is now sending out requests invoking the crime to raise funds for another attempt at banning abortion in Colorado. From their recent email to supporters:

The suspect in a gruesome unborn baby-killing case, Dynel Lane, will only be charged with unlawful termination of pregnancy and other crimes against the mother, according to Boulder District Attorney Stan Garnett.

These inadequate charges do not recognize Michelle Wilkins’ daughter Aurora as a victim of the attack, and do not recognize that a crime was committed against her that resulted in her death…

The preborn must be recognized as persons and victims, or else the perpetrators of these crimes will not be adequately punished. How many more pregnant women and unborn children will have to suffer until Colorado changes its laws?

[Y]ou can help us recognize the personhood of preborn babies and put an END the senseless dehumanization of these precious children. Make a donation today toward our continued personhood efforts. 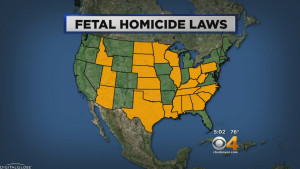 The New York Times’ Jack Healy reports on the debate headed for the Colorado legislature over an horrific crime committed in Longmont last month, and an opportunistic response from anti-abortion interests to this story that could get ugly:

Voters in Colorado have overwhelmingly rejected three “personhood” measures that sought to include the unborn as a person or child for legal purposes. Opponents said the redefinition would have criminalized abortion and birth control, and the measure last year failed to gain support of prominent Republicans like Senator Cory Gardner, who was then a Senate candidate, or the party’s nominee for governor, Bob Beauprez.

But the unfathomable crime against Ms. Wilkins, 26, in Longmont stunned people across Colorado and the country, and has revived an emotional debate in heated commentaries online and in the halls of the Capitol here, giving abortion opponents what they hope will be an opportunity to change local criminal laws…

But the effort to pass such a bill could face stiff opposition from Democrats, who control one chamber of the legislature, as well as from reproductive-rights supporters who fear such measures lay a path toward outlawing abortion or birth control. [Pols emphasis]

Democratic lawmakers here and a spokeswoman for Planned Parenthood of the Rocky Mountains said they could not comment on the Republican efforts because a bill had not yet been introduced. But Democrats said the push for one was a rushed reaction to a rare and horrible crime that could not be applied retroactively to Ms. Wilkins’s case.

As Healy reports, Colorado passed a compromise measure in 2013 making “unlawful termination of a pregnancy” a felony crime. Our state’s long history with proposals intended to confer rights on fetuses at any stage of development has made defenders of abortion rights here wary of fetal homicide legislation. In addition to the “Personhood” abortion ban ballot measures that Colorado voters have rejected over and over, Republicans have regularly introduced fetal homicide legislation in the Colorado General Assembly in recent years. Such bills usually contain no language disclaiming an impact on abortion law–and even when they do, the basic intent of making the fetus a secondary corporeal victim of a crime sets a dangerous precedent. It’s not that pro-choice advocates are unmoved by horrific crimes like the one committed in Longmont, it’s that this legislative answer from known abortion opponents has an obvious ulterior motive.

The disastrous abortion-themed response to this crime from one Colorado Republican lawmaker, Rep. Gordon “Dr. Chaps” Klingenschmitt, has already pushed would-be fetal homicide opportunists off their message. The fact that there is already a felony statute in Colorado law directly pertinent to this crime calls motives for passing yet another law making a fetus a separate victim into question.

Bottom line: Republicans inject failed “Personhood” politics into this tragedy at their peril.