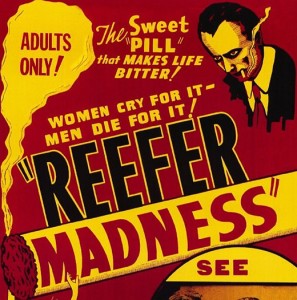 Colorado Springs is the conservative capital of our dear state. The Gazette, having been revitalized by tons of conservative cash, has been the public spokeswrap and parttime watchdog of the long list of conservatives who made their base here and took their, ummm, special kind of conservatism to Denver and DC. And, as long as I’ve been here, the Gazette has had a SuperConservative Wacko Bird in the Op-Ed Editor position.

Most notable was Sean Paige, a much smarter conservative than Doug Lamborn, and a much more dangerous conservative than Jon Caldara. He’s slightly less self-promoting than P.T. Barnum, but don’t ask him about that.

The current Op-Ed Editor at the Gazette is Wayne Laugesen, a former editor of “Guns and Ammo”.

He does his job and, as with Paige, you can usually write the “I’m agin’ it!” editorial from the headline before reading. It’s doubtful Anschutz has to order his guys to do stuff as Dean Singleton has surely done with the Post.

But now it looks as if Laugesen has done a really stupid thing as the Gazette goes all “Reefer Madness” on the citizens of Colorado and their perfectly logical desire that marijuana be legalized.

Well, this is embarrassing. It looks like the Gazette accidentally published a bloated anti-marijuana opinion column as news.

To its credit, “Clearing the Haze” does have a vaguely menacing presentation — and, ooh, parallax — but if the organization had any sense of journalistic ethics, the four-day series would never have hit the page.

Let’s start with the way news is supposed to work. The Society of Professional Journalists says reporters should “avoid conflicts of interest, real or perceived. Disclose unavoidable conflicts.” …

It’s probably not fair to hold the Gazette to such a standard, because it publicly espouses no such intention, but let’s just do it anyway. Let’s clear the haze.

None of these people work for the news division of a newspaper. Laugesen and Davis are members of the Gazette’s editorial board, which has written so many diatribes against cannabis, all compositions led by Laugesen, ownership is practically screaming in the woods.

The CS Indy asked some good questions. And got no answers.

Tatum refused to answer how she became involved with the project. We emailed Laugesen and editor Joanna Bean asking why no news staff are bylined on the story, and if it went through the traditional news process. We also asked about the conflicts of interest. Bean said she forwarded our email to publisher Dan Steever, and then ignored a follow-up. Laugesen never responded.

This made news at Romenesko, a site that covers media, publishing and all that weird stuff, who noted that Gazette employees were told to shut up about the 4-part news/opinion piece about the Evuls of Marijuana!

I’m told: “Gazette employees have been strongly discouraged from commenting on or sharing opinions about the series. Privately editors have mentioned that public criticism could jeopardize reporters’ jobs.” (csindy.com) |Christine Tatum, the “lead reporter” on the series, is married to a doctor who treats so-called marijuana “addicts.” (westword.com)

Good job, Gazette! They’ve just shown that elected Republicans in Denver and El Paso County won’t be allowed to hold the monopoly on crazy and that they’ll all somehow work in conjunction at keeping Colorado in the news as only slightly less stupid than Florida.

Just a guy with a keyboard trying to get CO's Dems to support key Democratic and Progressive policies.
View all posts by Zappatero →