UPDATE #2: As expected, Senate Bill 15-175 passes the GOP-controlled Colorado Senate. After one more roll call vote, the bill heads to the House to die. 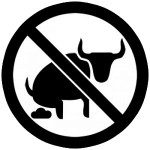 Today, the GOP-controlled Colorado Senate is set to debate and pass on second reading Senate Bill 15-175, legislation repealing the 15-round limit on gun magazine capacity passed by the Democratic-controlled General Assembly in 2013. A lively floor debate is expected to begin shortly.

As we have documented in this space, the gun lobby and allied Republicans have consistently relied on wildly hyperbolic predictions about what the magazine limit law would do in order to fire up public opposition and derail the national debate over gun safety. Today, as the Senate debates the repeal of the magazine limit, we’d like to share few clips of video about the magazine limit bill that we want to see, you know, justified.

Here’s one to start with: in March of 2013, then-Senate Minority Leader Bill Cadman proposed that the Department of Natural Resources be “shut down,” since hunters will not be coming to Colorado–“because you can’t bring your weapons here.”

As we know back here in reality, the number of hunting permits issued in Colorado has surged since the passage of the 2013 magazine limit. It would appear that hunters figured out that what Cadman was saying wasn’t true in the least.

And then there’s Sen. Kent Lambert, who claimed in 2013 that “we have banned, effectively banned gun ownership, from the citizens of the state.”

Is there anyone out there willing to defend this ridiculous statement today? Even Sen. Lambert himself? Are we going to hear about this claim while Lambert argues for repealing the magazine limit? Will Lambert apologize for outright lying to panicky gun owners?

Of course he’s not going to apologize–but there’s no denying that both Cadman’s and Lambert’s statements were completely ridiculous and unjustified in hindsight. Hunters continue to hunt. Hundreds of thousands of guns are legally purchased by Coloradans every year. Compliant gun magazines were available after the magazine limit took effect, just like they did in other states–Colorado was hardly the first state to limit magazine capacity after all.

Another principal source of falsehoods during the 2013 debate over gun safety was Jon Caldara, director of the Independence Institute. In this video, which spread virally during the 2013 debate, Caldara said flat-out that if the magazine limit passed, “almost all guns in Colorado will never be able to get a magazine again.”

There’s no nice way to say it, folks: Republicans openly lied about the magazine limit bill in 2013, and as a direct result turned the debate over this legislation into an irrational paranoia-fest. There is a easy line to be drawn between the extreme disregard for factuality during the gun safety debate in 2013 on the part of Republicans and gun lobby allies, and death threats made against Democratic legislators who supported these bills.

Read that last sentence again, and understand that as the press savaged Democrats over the smallest misstatements and gaffes during the debate over these bills, the nonsense you can watch above was barely even reported by the local media–much less questioned.

And that is the real travesty here, folks. The lawmakers, pundits, and lazy journalists who allowed these lies to take hold are the ones who should be explaining themselves today.