How Sen. Jerry Sonnenberg Keeps The Government Out of Your Business (But Not His) 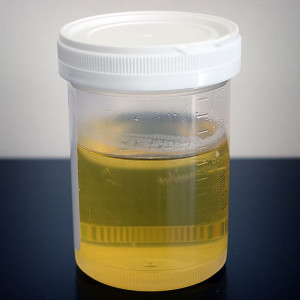 THURSDAY UPDATE: A reader pointed out this 2012 Denver Post story about Sen. Jerry Sonnenberg that you might find relevant to discussion of his $628,000+ in federal cash subsidy payments:

Poor Coloradans who apply for monthly cash assistance would first have to pass a drug test before receiving benefits under a bill that cleared a House committee Thursday.

Those who pass the drug test would be reimbursed by the state and could get TANF benefits. Those who fail, though, would be denied reimbursement and any benefits and could not reapply for TANF again for a year.

Those who fail a second time wouldn't be eligible to reapply for three years.

"If you can spend money on drugs, why do you need the government's check?" Sonnenberg asked members of the House Health and Environment Committee. [Pols emphasis]

UPDATE #2: None of former Sen. Greg Brophy's $113,000 in federal crop subsidy payments came from melons, which is good because he shoots those.

UPDATE: Republican Rep. J. Paul Brown, a top 2016 Democratic target and another co-sponsor of legislation to repeal Colorado's health insurance exchange and subsidies, pulled down over $180,000 in direct cash subsidy payments from the federal government between 1995 and 2012–almost $130,000 of which was subsidy payments for wool and "sheep meat."

Got that? No health insurance subsidy for you, but sheep meat subsidies for J. Paul Brown. That's going to make for one hell of a direct mail piece. 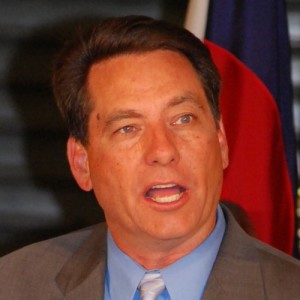 Republican state Sen. Jerry Sonnenberg of Sterling is one of the louder voices in the Colorado Senate GOP delegation, both literally and figuratively. Sonnenberg can be reliably counted upon to introduce some of the more combative pieces of legsialation in any given session, and he hasn't disappointed this year as sponsor of bills to roll back Colorado's renewable energy standards and to speculatively "compensate" mineral rights owners if local governments prohibit fracking operations on the surface. On the latter effort, the Craig Daily Press quoted Sonnenberg in typical form:

Sonnenberg said if counties or local government entities cannot afford to pay for what they take, they shouldn’t make regulations limiting mineral rights.

Got that? The last thing you need is the government up in your business, folks. Let the free market reign!

And then we got to thinking about it: what does Jerry Sonnenberg do for a living?

Jerry Sonnenberg is a Colorado native who has been farming and ranching in northeastern Colorado his entire life. He continues to live and work on the same farm that both his father and he were raised on growing wheat, corn, sunflowers, millet and cattle.

Jerry Sonnenberg is a farmer. Certainly an honorable profession and an important part of Colorado's economy. But in modern American agriculture, as America's growing resource-disconnected urban population is increasingly oblivious to, there's a catch.

The catch is government subsidies.

You see, the agricultural commodities market as we know it today is very far from what you'd call "free." The U.S. Department of Agriculture closely monitors the supply and demand of farm products, and pays billions of dollars each year in direct subsidy payments to farmers to protect their incomes from price volatility. We could write a very long post on how this all works, but the overall goal is to keep food prices in the United States low while keeping farmers gainfully employed. There is a great deal of debate about the efficacy and true beneficiaries of farm subsidies, but the political power wielded by farm states has protected the status quo for the last two decades.

The amount paid to farmers by the USDA in direct subsidies is a public record. The Environmental Working Group maintains a searchable index of receipients of direct farm subsidies since 1995. So we clicked here, and entered the name Jerry Sonnenberg:

That's right! Jerry Sonnenberg received almost SIX HUNDRED TWENTY-NINE THOUSAND DOLLARS in direct cash subsidy payments from the USDA between 1995 and 2012. Clicking through to the breakdown of his subsidy payments shows that over $300,000 was paid to Sonnenberg in wheat crop subsidies alone, with smaller amounts for land conservation and periodic crop disaster declarations.

Again, our purpose here is not to disparage the practice of subsidizing farmers to stabilize the agricultural products market. But when you think about things like Sonnenberg's co-sponsorship of legislation to repeal Colorado's health insurance marketplace, which could deprive thousands of Coloradans of their subsidies to buy health insurance…well, how is that not as utterly hypocritical as it looks?

We have no doubt that Sonnenberg has a blowhard answer ready, but it is what it is. And the questions this kind of hypocrisy provokes are, in our view, pretty fundamental to debates he is having right now at the state capitol.

Bonus round: search for the names Greg Brophy and Mark Hillman! Or try some others.