Huge loss for Denver as Stokols departs from Fox 31 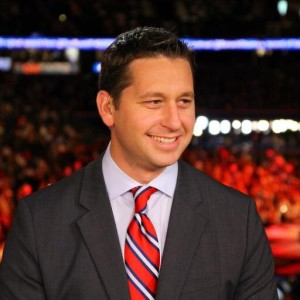 Contacted via e-mail, Stokols confirms the move while stressing the difficulty of the decision to take the leap.

"For a political reporter, Colorado is fertile soil," he writes. "I've been lucky to have had strong support from Peter Maroney and my bosses at KDVR Fox31 to focus on that beat year round, even when it wasn't campaign season and a lot of producers would probably have preferred to have me chasing snowstorms or shootings."

He also makes reference to his hosting duties on #COpolitics: From the Source, a public-affairs show that launched last year; to read his preview of the program for Westword, click here.

"I couldn't have asked for more in this job: opportunities to launch a weekly show that has devoted serious air time to serious, substantive conversations about politics, policy and broader issues; opportunities to anchor newscasts five nights a week, something I've actually had a blast doing alongside Aristea Brady on KWGN Channel 2; and opportunities to write longer pieces about Colorado politics for other outlets," he points out.

Stokols covered the day-to-day grind of politics like a newspaper beat reporter, producing daily stories, often about political developments that are seen as too boring for television news. This quickly earned Stokols the admiration of attention-starved partisans on both sides of the aisle.

He pushed out large volumes of information on multiple platforms, making Fox 31 easily one of the go-to sources of political news in Colorado. On top of that, he freelanced long-form pieces for 5280 and op-eds for Politico.

During the last election, Stokols earned the respect of his peers for his direct questioning of Cory Gardner regarding his support of a personhood bill at the federal level but his rejection of personhood amendments in Colorado.