UPDATE: It's worth taking a moment to acknowledge the long-sought triumph Lang Sias' appointment to the Colorado House represents for his high ranking GOP kingpin supporters, who have been trying to get Sias into office–any office–for several years. Sias lost the 2010 7th Congressional District primary to Ryan Frazier, who went on to be pummeled by Ed Perlmutter. Sias then lost two successive bid for an Arvada state senate seat, one to Democrat Evie Hudak and the other last year to now highly targeted Sen. Laura Waters Woods. One consequence of Sias' appointment to HD-27 is that Waters Woods is now operating without a net–if she melts down at the Capitol as many expect before going up again for election in 2016, Sias is already busy holding down this House seat.

But for today, it's enough to celebrate along with what's affectionately known in some circles as the "Sias Zombies." After years of rejection by the voters, they've finally found a way to get Lang Sias into the club. 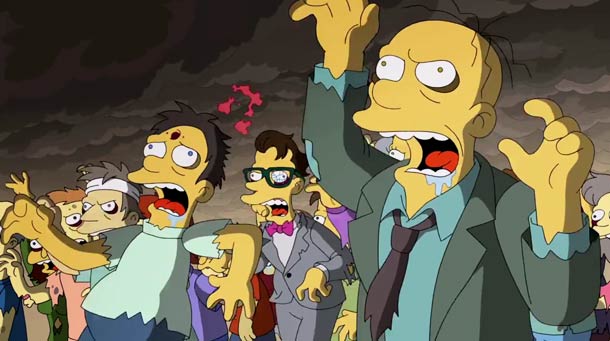 Former Rep. @Libby Szabo said the process to select her replacement is fair. But, Libby, is it transparent? #coleg 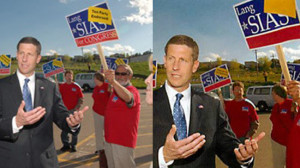 Lang Sias (before and after).

As the Denver Post reports, three-peat election loser Lang Sias has finally won a ticket to the Colorado General Assembly, appointed today to the HD-27 seat being vacated by Libby Szabo. Szabo was herself appointed to the Jefferson County Board of Commissioners to replace "serial office jumper" Faye Griffin, setting the whole game of musical chairs in motion:

Former Top Gun pilot Lang Sias has finally won an election after a vacancy committee on Saturday elected him to former Rep. Libby Szabo's seat in the state House.

"I'm very excited and humbled — and hoping to stay that way," he said.

The 14-member committee selected Sias over mortgage banker Christine Jensen. The vote count was not announced.

"I've taken my poundings, that's for sure," Sias said. "I finally found an election where I could actually speak to every voter." [Pols emphasis]

Congratulations Rep. Sias, and may all your elections be decided by fourteen voters.