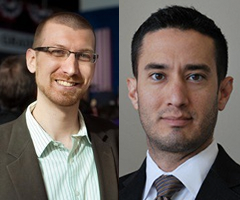 This should be news here on Colorado Pols…

From the Colorado Statesman:

Campaign consultant David Sabados announced late this week that he is challenging Colorado Democratic Party chairman Rick Palacio, who is seeking a third term as head of the state party at the Democrats’ reorganization meeting next month.

I had not heard about any issues with Chairman Palacio, but apparently part of this challenge was spurred by Palacio's decision to give himself a $25,000 raise.  More from The Statesman:

Palacio won reelection to a second term as state chairman without opposition after Democrats scored big wins in 2012, including carrying the state for President Barack Obama for the second time and taking back control of the state House by a wide margin.

But it was a revelation at a December meeting of the Democratic state executive committee meeting that sealed it for Sabados, he said.

“One of the final straws for me deciding we need a change was when the committee discovered that the chair had given himself approximately $25,000 in pay raises without the approval of the executive committee,” Sabados said.

Palacio had been paid $75,000 annually starting in 2011, when he was first elected chair, a member of the executive committee told The Statesman, but the pay was increased to $100,000 last year, as part of a budget item that also included salaries for the party’s executive director and other staff.

Your thoughts on the potential shake up of the Colorado Democratic leadership….

The full article by Ernest Luning of the Statesman can be read here: