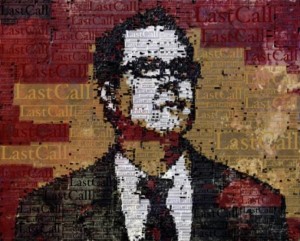 A big endorsement for the insurgent campaign of former Adams County Republican Party chairman Steve House for chairman of the Colorado Republican Party, via a letter to the Colorado Statesman–Attorney General Cynthia Coffman would like current GOP chairman Ryan Call to hold this icepick for her. In his back.

I write today to encourage your support of Steve House for Chairman of the State Republican Party.

Steve formerly chaired the Adams County Republican Party and was a candidate for governor in 2014. As I worked alongside Steve, I saw a uniquely talented leader whose passion for conservatism and our party is infectious. His speeches are inspired and motivating. His ideas are forward thinking and common sense. I was so impressed that I asked Steve to speak on my behalf on the campaign trail. After my election as Attorney General, I brought Steve in to serve on my transition team. These experiences convinced me that Steve House should be our next party chair. Let me share a few of the reasons why.

Steve’s successful business background will be a great benefit in running an effective and prosperous state party organization. Not only does he understand the need for improved party infrastructure and logistical support, Steve has relationships with businesses across the state that will aid counties in fundraising and build support for local candidates. He also is willing to forgo a salary so what now is paid to the chair can be used directly for the benefit of that party. That is real commitment to the cause. [Pols emphasis]

Even more important to me is Steve House’s gift for bringing together people who have diverse beliefs, identifying their common interests while respecting their differences, and moving them forward to achieve a shared goal. I believe our party still is fractured among different groups, all of whom call themselves conservatives and Republicans. I struggle with the fact that grassroots supporters feel alienated from the party organization and can’t find a way back into the family that once welcomed them. I want a leader who respects all of our voices and creates an environment that leads to victory. Our current chair has promoted a model of top-down success; [Pols emphasis] Steve embraces the base that forms our party’s foundation and is the bedrock upon which a robust party flourishes. 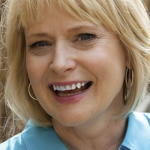 The relationship between the Coffmans and Republican kingmakers in Colorado hasn't always been perfect, but we nonetheless take this endorsement as a sign that Ryan Call is in serious trouble heading into the mid-March GOP leadership elections. Steve House's stated willingness to forgo the generous salary Call had enjoyed could be a major selling point with central committee members, who have groused for years about Call and predecessor Dick Wadhams getting paid for what "should be" a volunteer job.

Above all, Steve House promises to make the crazies play nice with the bluebloods. How exactly he plans to do that is less clear, but it's clear that Ryan Call has failed like Wadhams before him in this regard. And whatever it may mean for the party's long-term viability with the broader electorate, pacifying/unifying the GOP's fractious right-wing base in Colorado may be the winning message for the next GOP chairman.

Before it's over, the message could be further condensed to "ABC"–"Anybody But Call."