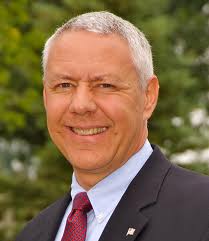 Even if you're a just a talk-radio host, don't just say "Yap," as KHOW 630-AM's Mandy Connell did yesterday, when your special guest, in this case, Rep. Ken Buck (R-CO), insults the President.

"He's a wonderful orator," Buck told Connell during her morning show yesterday. "And he makes everybody happy. The reality is, that he has no intention of flattening the tax code. He has every intention of making sure that he is creating a majority vote, a 51 percent vote, of people who are receiving benefits from the government that they wouldn't otherwise receive."

As I noted, Connell's reply to this was the utterance of "Yap." My own thought was more along the lines of WTF. This is what Buck got from Obama's State of Union Address?

Where's Buck's proof that Obama has a political agenda to create a "51 percent vote" of Americans "receiving benefits from government that they wouldn't otherwise receive."

Is he reading Obama's mind? If Buck has evidence for this wild and insulting accusation, we'd all like to see it. But if he doesn't, it's more grossness from our new Representative from Colorado.

Buck isn't a lonely District Attorney anymore–or a candidate making yet another gaffe that reporters don't have time to dig into. Now he's a Congressman who should be held accountable–even by radio hosts–for his insults and baseless mud slinging.