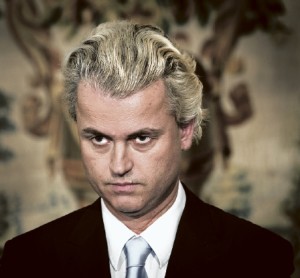 The Western Conservative Summit, hosted annually by Colorado Christian University, has become one of the biggest-draw events for Republican politicos, pundits, and their many fans. Three years ago, the WCS featured an address by Dutch lawmaker Geert Wilders. Wilders became famous in Europe–some would use the world infamous–for his strident attacks against Muslim immigration into Europe and the religion of Islam in general. As the Colorado Statesman's Ernest Luning reported from the 2012 WCS:

Saturday afternoon’s topic, [Former Colorado Sen. John] Andrews said, would be “the existential threat to the United States of America posed by Islam.”

Pausing for a moment to let his words sink in, he continued. “I didn’t say ‘radical Islam,’ I didn’t say ‘extremism.’ After you hear from Frank Gaffney and our friend from across the Atlantic, Geert Wilders, you’ll know why I just say ‘the threat of Islam…’”

“Your country is facing a stealth jihad, an Islamic attempt to introduce Sharia law bit by bit by bit,” [Wilders] said.

In order to keep the United States from succumbing, Wilders said, politicians have to ignore what he promised would be derision from the liberal media and other quarters and firmly deliver strong medicine. First, he said, Americans have to stop putting up with “multiculturalism,” even as free-speech proponents cry foul. In addition, he said American courtrooms must bar Sharia law and “stop the immigration from Islamic countries.”

Most critically, he said, “We should forbid the construction of new mosques. There is enough Islam in the West already.” 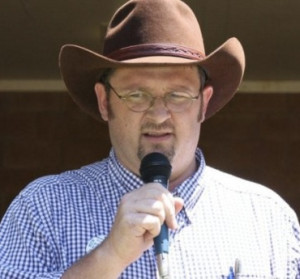 Regarding Wilders’ suggestion that Western governments ban construction of new mosques, Grantham said it was worth considering.

“You know, we’d have to hear more on that, because, as he said, mosques are not churches like we would think of churches,” Grantham said. [Pols emphasis] “They think of mosques more as a foothold into a society, as a foothold into a community, more in the cultural and in the nationalistic sense. Our churches — we don’t feel that way, they’re places of worship, and mosques are simply not that, and we need to take that into account when approving construction of those.”

Although it greatly upset local Muslim groups, we haven't seen much follow-up to this fairly astonishing quote from Sen. Grantham–which doesn't appear to comport with the First Amendment protections for religious practice we're pretty sure he would defend, at least if applied to Jesus. Who Muslims also revere (this hater stuff gets complicated). But as the UK Daily Mail reports, Grantham might get another chance soon, since his buddy Geert Wilders is back in the news:

Dutch far-right populist lawmaker Geert Wilders is be tried for inciting racial hatred after pledging in March to ensure there were 'fewer Moroccans' in the Netherlands, prosecutors said Thursday…

The case centres on comments Wilders made at a March 19 rally after local elections.
He asked his followers whether they wanted 'fewer or more Moroccans in your city and in the Netherlands?'

In a later TV interview, he referred to 'Moroccan scum'.

We know what you're going to say–in America, it's legal to "incite racial hatred!" And that's true in most circumstances. After all, Wilders didn't say exactly how he plans to "organize" fewer Moroccans in the Netherlands. It could be something really nice as opposed to what you're imagining. Think cruise ships, not death marches. Right?

On second thought, let's go ahead and ask Sen. Grantham his opinion anyway.