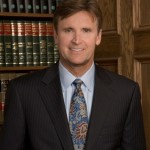 Denver talk-radio host Dan Caplis implies in a Denver Post op-ed today that an East High School protest should be blamed for the serious injuries suffered by a Denver Police officer struck by a car near the demonstration.

KNUS 710-AM's Caplis writes that the officer, John Adsit, "was horribly injured while trying to protect the lawbreakers."

In fact, Adsit was hit by the car as he was returning to his beat after escorting the protesters on their march. The protest was still happening when Adsit was hit, but Adsit was going back to his 16th Street Mall assignment.

This fact was reported by Denver Post reporter Jesse Paul and Tim McGhee, who covered the accident December 3.

Paul's reporting isn't crystal clear on the matter, so I emailed him Saturday to confirm that my interpretation was correct. (Disclosure: My kids go to East.)

Paul confirmed that, yes, Adsit was returning to his beat as the protest continued.

Not that it matters anyway. Adsit was struck by someone experiencing a medical problem. It had nothing to do with the protest. It was a random tragedy.

In any case, Caplis should set a better example for East students and the rest of us by making sure he gets his facts correct. And, of course, he should apologize for the error.