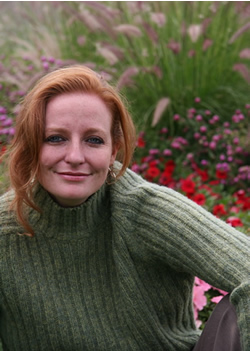 As the Durango Herald's Peter Marcus reports, Senate Democrats yesterday stood with their leadership from the past two years, re-electing Sens. Morgan Carroll and Rollie Heath to the equivalent top positions of their 17-18 minority that they held as an 18-17 majority:

Carroll defended her side of the aisle's work, suggesting that with Democrats in control, Colorado's economy grew and jobs were created. She also pointed to civil-rights issues, including same-sex civil unions legislation passed in 2013 and efforts supporting renewable energy, including passing a tougher standard for rural parts of the state.

"The election is over, and now it's time to start governing," Heath said in a statement. "We have a hard-working team. I know we will be effective because we hear one another out and collaborate within the caucus and across the aisle. We all have a shared goal, and that is to ensure Colorado is thriving."

Sen. Jessie Ulibarri was elected Democratic caucus chair yesterday, Sen. Matt Jones will service as minority whip, and Sen. Pat Steadman as senior Democrat on the powerful Joint Budget Committee. With the Senate Democratic minority leadership settled, we now have a full picture of what the legislature will look like when it reconvenes in January.

The only choices of leadership in either party that are really much of a surprise this time are in the Republican Senate Majority. Unlike Democrats, the Senate Republicans predetermined their leadership in private meetings before any vote was held. The selection of moderate Sen. Ellen Roberts as Senate President pro tem has been widely praised, but since then we've heard questions about how much power she might actually wield–suggesting the appointment was more window dressing by Senate President Bill Cadman than an honest intention to moderate his caucus leadership. 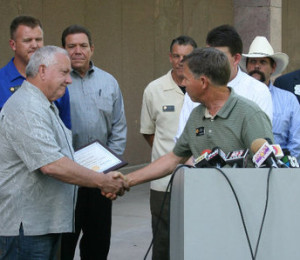 The idea that Cadman is trying to turn over a new leaf for his caucus is further undermined by two other new members of his Senate Republican leadership: Assistant Majority Leader-elect Kevin Lundberg and majority caucus chair-elect Vicki Marble. Lundberg (seen at right shaking hands with recalled anti-imigrant Arizona Sen. Russell Pearce) has a long history as one of the most stridently conservative and outspoken members of the legislature. That outspokenness frequently gets the better of Lundberg's good judgment, leading to embarrassment for him and his caucus–like the time he read the definition of "abstinence" on the Senate floor, mangling the word "vaginal" (video after the jump). 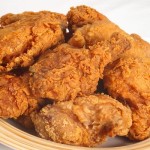 But for all of Lundberg's crazy-uncle conservatism, his appointment as Assistant Majority Leader at least has some justification in his long legislative experience. Not so with the election of Vicki Marble to the position of majority caucus chair. Nobody we've talked to can make sense of this appointment other than some kind of sharp stick in the eye to Democrats, and even then it seems like a really bad idea. Marble has given Senate Republicans some of their most embarrassing incidents in the last couple of years, with her infamous rant about "problems in the black race," barbeque chicken, and the "Mexican diet" resulting in much thinner brown people in Mexico making national headlines.

That was not the first embarrassing moment for Marble, who previously made bizarre statements like "Democrats will do anything to control the way our children learn, live, and even how they act in intimate relationships." Or her speech against equal pay for women, declaring "I feel like we've outgrown the Equal Pay Act of 1963." As we said, there's no policy expertise or legislative experience that justifies Marble's new leadership position in the Republican Senate majority. All she has going for her that we can see is greater name ID from the headlines she has made–and they're not good headlines.

After all the hoopla this week about Republicans retaking the Colorado Senate, which boiled down to a surprise win of a single seat by under 1,000 votes, the leadership decisions made by that new majority have received little attention other than noting the amiable Roberts' appointment as Senate President pro tem. But when the legislature gets down to business next year, the elevation of two of the most gaffe prone among the new one-seat Senate Republican majority may become the bigger story.

Along with Rep.-elect Gordon "Dr. Chaps" Klingenschmitt! If you think about it, the worst-case scenario for next January is pretty darn bad for Colorado Republicans opticswise. In that event, all we can say is that they were amply, amply warned.