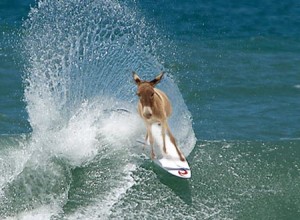 Colorado Democrats rode out another national Republican wave and maintained control under the Capitol dome.

Republicans claimed big victories across the country in the infamous Tea Party Wave year of 2010…everywhere, that is, but in Colorado. Democrats lost seats in Congress and in the state legislature that year, but Sen. Michael Bennet was the only Democratic Senate candidate in the country to withstand a strong Republican challenge (from then-Weld County District Attorney Ken Buck), and Denver Mayor John Hickenlooper was swept into the Governor's Mansion with relative ease.

While not quite on par with 2010, the 2014 election turned out to be another big national wave year for Republicans…but Colorado Democrats again appear to have bucked the national trends to avoid electoral collapse. Democrats were certainly dealt a blow with Republican Cory Gardner knocking off incumbent Democratic Sen. Mark Udall, and Rep. Mike Coffman's re-election victory over Democrat Andrew Romanoff in CD-6; but as the full picture comes into focus on Wednesday, Democrats are finding that the political landscape still looks much better than it does in many other states.

Democrat John Hickenlooper has held off Republican Bob Beauprez to claim a second term as Governor, and it appears likely that Democrats will maintain control of both chambers of the state legislature. In the State Senate, Democrats reclaimed both of the seats lost in the 2013 recall election (SD-3 and SD-11). Votes are still being counted, but if Democrats do indeed maintain control of the legislature, this is a pretty impressive feat considering how the Republican wave decimated Democrats in other states. For example:

Democrats started off the 2014 cycle with a bad national map and it got worse and worse as people like Max Baucus (Mont.), Tim Johnson (S.D.) and Jay Rockefeller (W. Va.) retired.  Democrats were defending seven states where Mitt Romney won in 2012; they lost six with a seventh — Louisiana — headed toward a hard-to-win runoff on Dec. 6.  And, Democrats three best pickup chances were in states that gave Obama 46 percent (Georgia), 38 percent (Kansas) and 38 percent (Kentucky) of the vote in 2012.

It's hard to see what else the Democratic Senatorial Campaign Committee could have done to hold back the tide — even if Mark Udall won in Colorado and the party won the Iowa open seat they would have still lost the majority — given the states lined up against them. [Pols emphasis]

To be sure, the 2014 election did not turn out exactly like Democrats had hoped it might, but you could say the same thing for Republicans today. With both parties expecting Democrats to have an advantage in 2016, there's more than one silver lining as the final 2014 ballots are counted.