Suppes Swamped By Controversy Right To The End 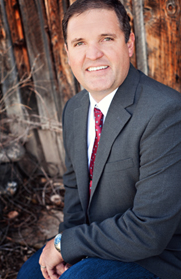 Suppes, who has been mayor of the town since 2008, admitted he and some volunteers for his campaign for Senate District 5 used the town building to sort mailers, saying there was nothing wrong with doing so if no town money was being spent.

But the Denver-based ethics group said it’s a clear violation of the law to use town resources to campaign for public office.

“To use one’s position as an elected official to divert public resources to support one’s own election campaign strikes at the heart of democracy,” said Luis Toro, executive director of the group. “Don Suppes’ blatant misuse of his position as mayor to get free office space for his campaign is exactly the kind of misconduct our state law is meant to prohibit.”

“In retrospect, it probably wasn’t the best choice to do it there. But if that’s the case, then I think the media need to start getting after every time any candidate uses the courthouse steps as a means to promote their campaign or if you have a political group that’s having a picnic in the park using park benches and park pavilions,” Suppes said the conservative statehouse candidate…

Suppes’s Democratic opponent, former Vail Town Council member Kerry Donovan, says her understanding of the law is that it bans facilities like a town hall for electioneering, even if it doesn’t technically cost taxpayers a dime.

“If you’re a public official, you don’t use any of those assets to run for another office,” said Donovan, who last year decided not to run for a second term in Vail in order to campaign for the state senate. “You can’t use the power of an office to influence voters. It’s not just about tax dollars.”

The mostly rural SD-5 race has received a disproportionate amount of press coverage this election, and the cause has been pretty much all Don Suppes–from his U.N. conspiracy theorizing to the scandal over a racist Tweet from his campaign account, and now blatant misuse of public resources as Mayor of Orchard City. It doesn't look better for Suppes to defend something the public will plainly see as improper. Strategists tell us that SD-5 is one of the closest races to watch tonight, but if Suppes does lose this winnable race, he'll have his own silliness to blame in addition to his Democratic opponent.