Suppes said the town long has had a policy of allowing town trustees to use town hall for personal reasons as long as no taxpayer dollars are spent.

“Under town policy, board members can use town hall free of charge,” he said. “We all have a key to town hall, and as long as we don’t have to have somebody open or close, there is no policy against it.”

But Donovan said this is about state law, not local policies.

“The rules that I operate under are not to use any of my professional assets to run for a public office,” Donovan said. “I don’t know what the letter of the law says, but my interpretation of the color of the law is, if you’re a public official, you don’t use any of those assets to run for another office. You can’t use the power of an office to influence voters. It’s not just about tax dollars.” 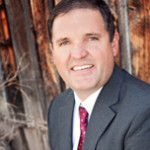 When we last left Republican Don Suppes, the Orchard City mayor running for the open seat in SD-5, he and his campaign were still trying to add to their list of reasons why his Twitter account would be linking to a white supremacist website (It was hacked! It was identity theft! It was a rogue staffer!)

We already know that Suppes isn't very good at 1) the Internet, and 2) messaging. Now we can add 3) posing for pictures, and 4) following the law.

It doesn't appear as though Suppes' campaign finance records include reimbursements to Orchard City for using its Town Hall, which is such an obvious violation of the law that Suppes should be disqualified from the SD-5 race just for being so inexcusably stupid. But if you think that's dumb, wait 'til you see how the violation was uncovered…

…Hey, there's Don Suppes himself, grinning away in a photo taken in front of a table full of campaign literature and next to a giant poster that proclaims "Town of Orchard City!" What could go wrong? And what are the odds that Suppes' campaign has been using other town property for his campaign (quick, somebody destroy the photocopier!) 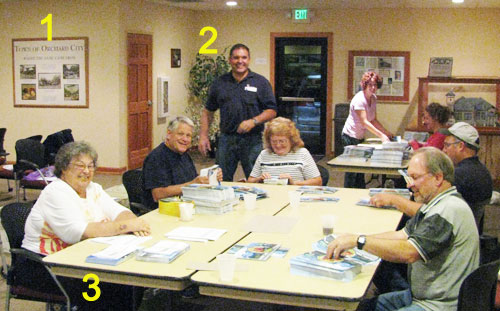