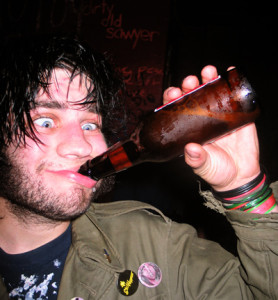 Polling from Quinnipiac University this election season has easily been the most erratic of any public pollster. One week ago, Quinnipiac claimed that Gov. John Hickenlooper had erased a 10-point deficit from their early September polling. In fact, the September poll showing Hickenlooper down by 10 points was widely panned as inaccurate even by supporters of Hickenlooper's Republican opponent Bob Beauprez. The result one week ago seemed to us like Quinnipiac walking back their previously outlier results to something closer to polling-consensus reality.

Well folks, if we're to believe Quinnipiac is in any way polling Colorado accurately, the race has flipped completely back around in only a week:

This compares to an October 23 survey by the independent Quinnipiac (KWIN-uh-pe- ack) University showing 45 percent for Gov. Hickenlooper and 44 percent for Beauprez…

"Five points down, six days to go. The numbers are tight and the ticking clock is the enemy. Is the wolf at the door for Colorado Gov. John Hickenlooper? " asked Tim Malloy, assistant director of the Quinnipiac University poll.

Compare that quote with the same Quinnipiac polling director Tim Malloy a week ago:

"Off the mat and clearly building momentum, Colorado Gov. John Hickenlooper fights off a ten count and enters the final round of the gubernatorial slugfest looking stronger by the day," said Tim Malloy, assistant director of the Quinnipiac University Poll.

Okie dokie then! One of those must be right.

Bottom line: no other polling has shown the kinds of wild swings that Quinnipiac has shown in the Colorado gubernatorial race, or the large leads they have indicated on either side. The fact is, for a host of reasons, we believe the polling this year is less reliable than perhaps any we've seen since we've been covering politics. Quinnipiac's consistently outlier, otherwise entirely inconsistent results could make them the "worst of the worst" in an already bad pack–polling so bad, you'd do better to throw darts at the proverbial map.