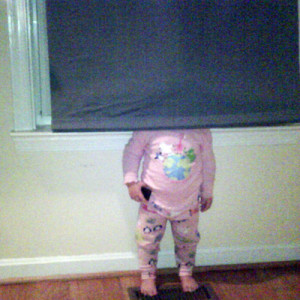 Hey, is Doug Lamborn back there?

Megan Schrader of the Colorado Springs Gazette takes an interesting look at the (non) strategy of Republican Congressman Doug Lamborn:

He hasn't purchased TV ad time leading up to Election Day on Nov. 4.

In fact, Lamborn has been conspicuously absent this election season despite the robust campaign Halter, a retired Air Force general, has launched against the eight-year incumbent.

But staying on the sidelines might be the best possible strategy for Lamborn.

As irritating as it may seem to voters and others who are just sick of Rep. Lamborn's dumbassery — and really, let's not pretend that the man isn't a complete embarrassment — from a strategic standpoint it's hard to disagree with this approach to re-election. Nobody is harmed more by a Lamborn interview than Lamborn himself. After all, the last time we heard from him, Lamborn was suggesting that military leaders resign as a show of disappointment with President Obama's foreign policy; even fellow Republicans such as Rep. Mike Coffman and Rep. Cory Gardner couldn't disagree fast enough.

Nevertheless, it's a damn shame that we have a Congressman in Colorado who is so bad that his re-election chances actually decline when he speaks about, well, anything. There's still an outside chance that Democrat Irv Halter can pull the upset in November, but even if he doesn't, it sounds like Lamborn is still walking around with a big target on his back (if you see him, that is). Here's Republican Rep. Mark Waller, who ran briefly for the GOP nomination for Attorney General this year, sounding very much like someone who is licking his chops for June 2016:

"Based on things I've heard in the community, it would not surprise me if Congressman Lamborn received another challenge from another Republican in two years," Waller said.

Hell, we'd be surprised if Lamborn ever makes it through an election cycle without a serious challenger. Lamborn is in Congress today because of 16,000 or so people who helped him win a Republican Primary in 2006, and only inertia has allowed him to remain in office thus far.