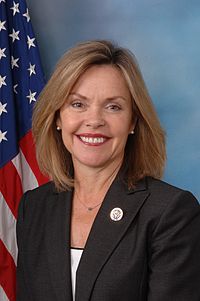 Gardner received 46 percent and Udall took 43 percent in a Public Policy Polling survey of likely voters released Tuesday. The edge is within the 3.5 percent margin of error. The other candidates in the race get a combined 5 percent with another 7 percent undecided.

It is the latest poll in a long line that show the Republican challenger ahead of the Democratic incumbent.

The governor’s race is even closer, the poll found, with Democratic Gov. John Hickenlooper holding a one-point edge, 45 percent to 44 percent, against Republican challenger Bob Beauprez. The other candidates on the ballot get 4 percent with 7 percent undecided…

It's the story you know: both races are very close, and the all-star Democratic field campaign has the proven ability, at least in theory, to close the gap in the U.S. Senate race just like 2010. Looking down the ballot, however, there is a pleasant surprise for Democrats. From PPP's memo:

Further down the ticket the closest race is for Treasurer, where incumbent Republican Walker Stapleton leads Democratic challenger Betsy Markey 42/40. [Pols emphasis] Stapleton's lead had been 10 points when we last polled the state in July. Republicans have larger leadsin the other down ballot races- Wayne Williams is up 36/31 on Joe Neguse for Secretary of State and Cynthia Coffman has a 46/32 advantage over Don Quick for Attorney General.

There are several factors we can think of that would explain Treasurer candidate Betsy Markey closing eight points to within striking distance from the last PPP poll–Markey's higher name recognition as a former member of Congress, and effective ads hitting incumbent Walker Stapleton. Cynthia Coffman's large lead over Don Quick in this poll, combined with Markey's strength, may speak to a simple wisdom of running qualified women candidates in these downballot races. In 2010, there was a significant undervote–five percent or more–in the secretary of state, treasurer, and attorney general races. Finding the electable edge here is a perennial challenge, and we'll be interested to see if results this year point to a new strategy.

As for today, Democrats appear to have good reason to get serious about winning the Treasurer's race.