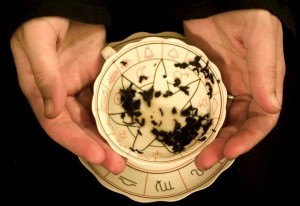 The Denver Post released new SurveyUSA polling on the Colorado gubernatorial and Senate races yesterday that are raising eyebrows–not so much for the bottom line results, which show both races very close, but the numbers under the proverbial hood. As the Post's John Frank reports on the Senate results:

Gardner and Udall remain in a tight race, 45 percent to 43 percent, according to a SurveyUSA poll of likely voters released Monday.

Gardner's lead is within the margin of error, making the race a statistical tie, but it represents a reversal from a month ago when Udall held a 4-point edge.

The Post poll — conducted Thursday through Sunday — had a margin-of-error of plus-or-minus 4.1 percentage points.

"There has been movement to Gardner that is unmistakable and what had been nominal advantage for Udall has been erased," said Jay Leve at SurveyUSA.

Gardner's momentum is evident in the underlying numbers…

But when local polling expert Kevin Ingham of Strategies 360 started looking at those underlying numbers, he found some things that honestly don't make sense:

We make no claims to be polling experts, but the idea that Cory Gardner is leading with Hispanic voters and Mark Udall is ahead with white voters most certainly defies conventional wisdom–and quite honestly makes us wonder if those numbers got flipped somewhere. Obviously, that would have big implications for this poll result if such an error got factored into the overall results.

Ordinarily we try not to get overly picky about methodology with polling, and to rely more on multiple poll averages than the results of any one poll. But in this case, there's pretty obviously some things messed up–either in the sample or the computation of the demographic results.

So…maybe take this poll with an extra grain of salt.