Not Even Trying To Be Truthful–Isn’t There A Law? 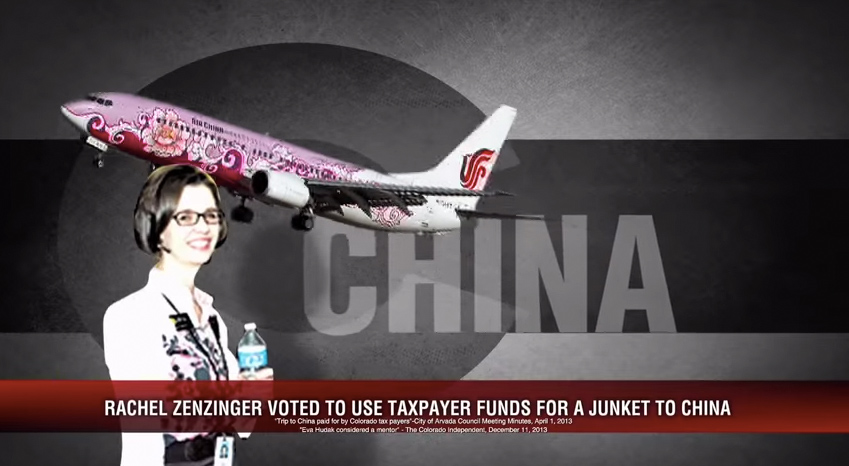 The Colorado Independent's Tessa Cheek reports on an ad running against SD-19 Democratic Sen. Rachel Zenzinger from the Republican group Colorado Citizens for Accountable Government that is so totally false, even by political advertising standards, that it's kind of ridiculous:

Colorado Citizens for Accountable Government, a conservative politics organization, is back, spending heavily in state elections this cycle. And some of the rough $200,000 they’ve poured into the messaging market so far is behind a false attack advertisement directed at state Senator Rachel Zenzinger, a Democrat from a swing district based around Arvada.

The ad, “China Girl,” alleges that while serving as Arvada city councilwoman, Zenzinger voted to use taxpayer money to fund a visit to sister city Jinzhou, China…

To backup the claim that Zenzinger spent or even tried to spend taxpayer dollars for an international junket, the ad sites Arvada City Council minutes from April of 2013, as well as an article by The Colorado Independent.

Not only does neither source support the claim — our article, for example, only reports Zenzinger’s appointment to the state Senate — the council minutes themselves expose the ad as blatantly false.

Zenzinger never went to China and she herself filed a motion in that city council meeting requiring that private funds available through nonprofit group Sister Cities of Arvada, not public dollars, must be used if either elected officials or staff were to go on the trip. [Pols emphasis]

In short, now-Sen. Zenzinger did the exact opposite of what this ad suggests. Not only did she insist that taxpayer funds not be used on the trip, she didn't even go. It's frequently alleged/presumed in these situations that "both sides do it," but this ad goes beyond just about anything we've seen this year in terms of making stuff up–and given the wildly inaccurate ads from Americans For Prosperity on Obamacare as just one of so many examples, that is no small statement.

In Colorado, there is a law on the books against knowingly making false statements in political ads. Zenzinger's campaign reportedly has not yet gone to the Jefferson County DA for a criminal investigation, thus far hoping a cease-and-desist letter to Comcast, combined with the clear evidence that the spot is knowingly false, will be enough to get it pulled. There is debate as to whether or not the law against lying in political communications in Colorado is enforceable, or should be, but it does put some theoretical teeth into these requests.

We will say that in this case, the ad is so inexcusably false that it morally does not deserve airtime.