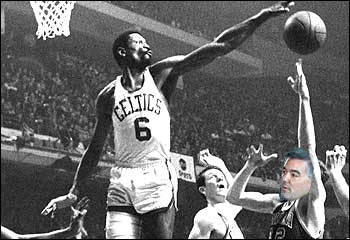 As we say every Election Year, we don't attempt to list every newspaper endorsement of every major political race in Colorado. Rather, we keep an eye out for particularly notable endorsements and/or obvious trends. After an initial weekend of newspaper endorsements, one trend has glaringly stood out: By and large, editorial boards of Colorado newspapers apparently believe that Republican Congressman Cory Gardner is, well, a Con Man.

Earlier today we pointed out a key line from the Durango Herald's endorsement of Democratic Sen. Mark Udall:

Gardner’s dogged support for personhood says one of two things about him. Either his position on women’s rights is far out of the Colorado mainstream or the congressman will say anything for a vote.

If you thought that was rough, check out the Aurora Sentinel's no-nonsense editorial endorsement of Udall:

Colorado voters have tough choices to make on this year’s ballot, but the decision for U.S. Senate is clear and easy: Mark Udall.

Even if Republican challenger Cory Gardner were a credible candidate to represent one of the country’s most diverse and dynamic states in the U.S. Senate, Udall has proven himself in the House and Senate that he has all Colorado interests at heart.

Make no mistake, Congressman Gardner is not a credible candidate for the Senate seat. [Pols emphasis] His campaign has been decimated by deceits and distractions. It’s political bait-and-switch at its worse, and Colorado voters can easily see through it…

…We haven’t agreed with Udall on every vote and every position, but we know he can be trusted to make decisions based on thoughtful analysis of impacts on everyone in Colorado. Udall has the integrity to stand behind his votes and his politics, a quality Gardner clearly lacks. [Pols emphasis] We recommend trusting Udall with another term in the Senate.

As we wrote earlier, it's not uncommon for newspapers to write a nice paragraph or two about the non-endorsed candidate, but clearly there is a trend emerging here.