School Board Protests The Talk of Bellwether Jefferson County 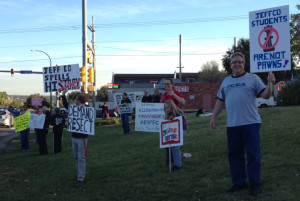 At 64th and Wadsworth yesterday.

The aim of those gathered along the 30-mile stretch of Wadsworth Boulevard, a major traffic conduit in the Denver suburb, is to raise awareness for their concerns regarding Ken Witt, Julie Williams, and John Newkirk, who make up the new majority on the Jeffco school board…

“First is was [the school readiness evaluation program], then it was full-day kindergarten, then it was more money for charter schools,” [Jefferson County mom Amanda Stevens] said, continuing to list more controversial decisions…

Critics of the [history review] proposal, originally introduced by Williams, feared the committee would eventually lead to censoring an advanced U.S. history class.

On Thursday night, the board majority approved a sort of half-compromise on a 3-2 vote. Instead of creating a brand new committee, they amended current district policies that govern challenges to curriculum to include students and board-appointed community members to a panel to review materials. The committees will also now report directly to the board instead of the superintendent.

Protesters packed street corners on Friday afternoon in organized rallies along Wadsworth Boulevard for more than 22 miles, from 120th Avenue south into the Ken Caryl area…

The Colorado board didn’t vote on its original proposal to review the history course with an eye toward promoting patriotism and downplaying social disorder – language students have blasted in waves of school-time protests across the district. However, students and other activists say the board’s new approach to include students on existing curriculum review committees doesn’t satisfy them because they believe board members will ultimately try to change the history course to suit their views.

“This isn’t over,” said Ashlyn Maher, 18, a Chatfield High School senior who has been helping organize protests over the past two weeks. “We are going to fight until we see some results.”

The issue has grabbed national attention, and some protesters said they hoped Jefferson County’s grappling with it offers lessons to other districts.

CBS4 carried the story last night with some aerial footage: 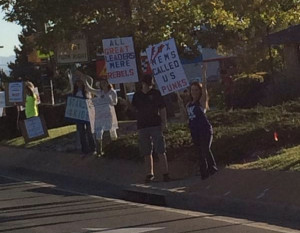 We were given an informal head count of around 2,500 total participants along the entire length of Wadsworth Boulevard between 4-6PM yesterday. As the protests went on, Democratic candidates like Congressman Ed Perlmutter (photo after the jump) and state Rep. Tracy Kraft-Tharp worked the crowds in attendance at various points along the route. With at least the visibility of the recent en masse student walk-outs, and covering a much larger area at rush hour, it would have been difficult for a very large percentage of Jefferson County residents to miss what was going on.

Although the curriculum review "compromise" proposal had the most politically incendiary language originally proposed by board member Julie Williams stripped out, the change to a review committee that answers directly to the right-wing controlled school board majority, as well as the ability of the board to pack the new committees with politically like-minded "concerned citizens," leaves opponents with little confidence. Even without Williams's stated desire to review history curriculum to ensure it "promotes patriotism" and does not "encourage or condone civil disorder, social strife or disregard of the law," the board majority's clear desire to meddle with history curriculum for these purposes has been broadcast for (quite literally) the entire world to see.

The last few weeks of international newsmaking controversy in Jefferson County have introduced a volatile electoral element in what is arguably the state's foremost political bellwether just days before mail ballots go out to every registered voter. It's difficult to predict exactly what effect these protests may have on next month's elections, but there is no realistic scenario in which this becomes a positive for Jefferson County Republicans–or the statewide Republican races counting on a good showing there. As we've discussed previously, board member Williams is directly tied by immediate family members to numerous Republican legislative candidates running in Jefferson County. But the larger danger is this: that the lay public in Jefferson County realizes what is happening is politically partisan.

To the degree less-interested voters figure out that these highly popular and heavily-covered protests, and the underlying issue of protecting history courses from political witch hunts by unscholarly political activists, all have a common origin with Republicans they can punish at the polls now–even though the new school board majority is not on the ballot? For Republicans, the worst-case scenario here is, in a word, bad.

It's going to factor on Election Day. The question we have to wait to see answered is, how much. 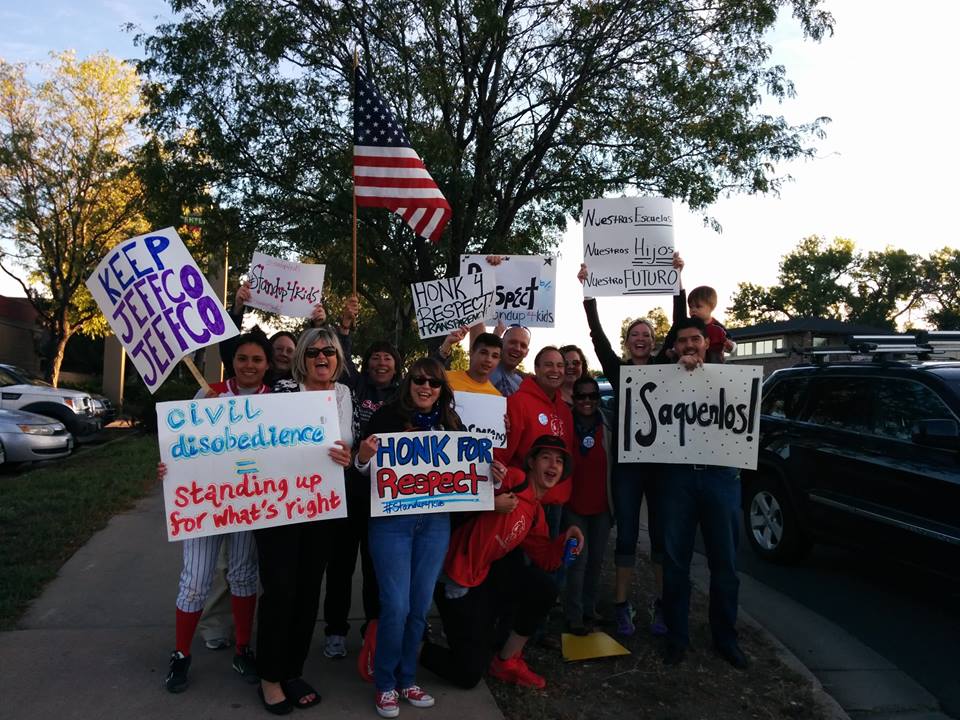 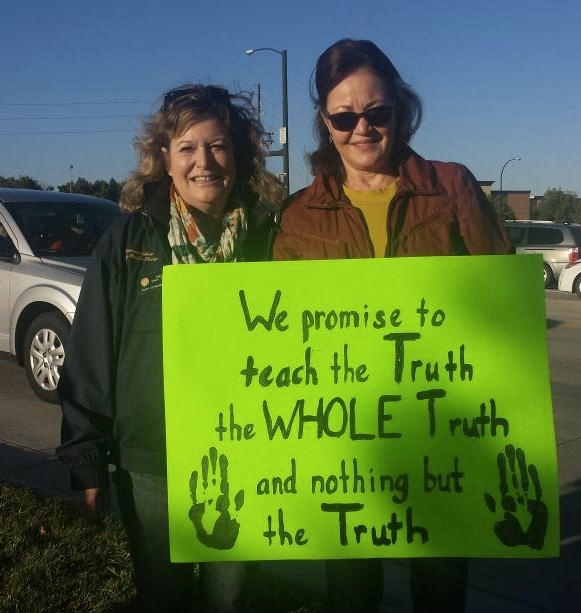 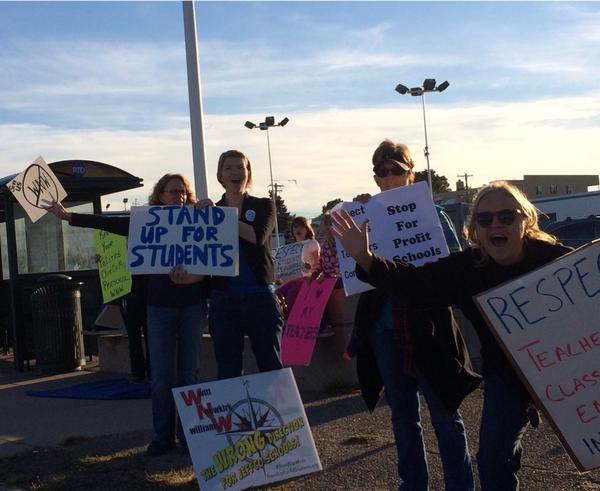 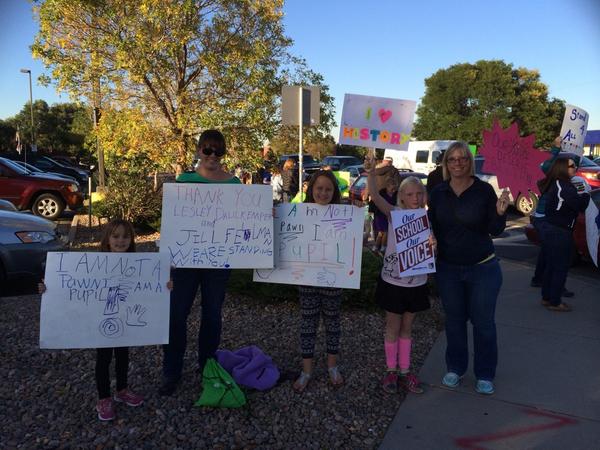