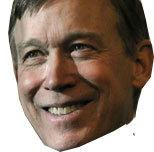 It has become something of a tradition here at Colorado Pols for us to give you, our loyal readers, a live blog, play-by-play of political debates in Colorado, and we're back at it again.

Tonight we'll be at the auditorium in the Denver Post building once more, this time for a debate between Gov. John Hickenlooper and Republican Gubernatorial nominee Bob Beauprez.

The festivities are scheduled to begin at around 5:45 pm. Live streaming of the debate should be available at denverpost.com/debates.

FINAL THOUGHTS
Governor Hickenlooper was poised, funny, and his general affable self. Beauprez seemed much more relaxed than normal — but almost too relaxed. Beauprez needed to land some solid punches in this debate, and he just…didn't. There weren't a lot of memorable lines from tonight's debate, despite some pretty good questions, which makes this absolutely a missed opportunity for Beauprez. Hickenlooper wanted either a "win" or a "draw" tonight; you can argue whether he won, but he definitely ended up with at least a draw.

As for Beauprez? The only thing he was consistently on-message about was saying the phrase "kick the can down the street" whenever possible. He seemd tonight like a man who is unaware that tomorrow is the first day of October. Beauprez absolutely, positively needed to throw some punches that would at least leave a small mark on Hickenlooper. Instead, he just kicked the can down the road toward the next debate.

7:11 pm
Closing Remarks for Beauprez: "Here’s something he didn’t say," Beauprez begins. There is every reason to have moral/ethical debate about death penalty. Hickenlooper can’t seem to make the tough call. "If he can’t lead, I will." This is a well-used line by Beauprez, but it's a pretty good one. Beauprez then goes on a longer rant about leadership that runs over the allotted time and takes some of the steam out of his locomotive.

“I’ll try to prepare for all of the attacks," he jokes. Says Colorado was 40th in job creation, now 4th. Forbes magazine ranked Colorado #1 workforce. Business Insider says #1 fastest growing economy. This has happened despite many natural disasters and the Aurora shooting. This state has shown a resiliency and capacity — we’re outperforming the average.

7:06 pm
Beauprez finally asks about Nathan Dunlap. "If a jury were to convict James Holmes and sentence him to death, would you offer a reprieve?"

Great answer from Hick: "As you've been saying all night, this is a completely hypothetical question." Laughs from the crowd.

Hick gets serious and talks in detail about Holmes and how we learned later about his mental illnesses.

7:04 pm
Beauprez asks about Obamacare. Hick says he would have done things differently if it were up to him, but then talks about how successful the healthcare exchange has been in Colorado.

"You're talking about a guy who's made a buck or two on land deals," says Beauprez in a stupid attempt to show expertise. Time runs out on Beauprez, but Hick says, "I'll give him 20 more seconds to complete his answer." Beauprez does, and does not do it well. As a general rule, Beauprez's oratorial skills decline the longer he talks.

6:58 pm
Candidates get to ask questions of each other now.

Hickenlooper #1: Congressman, you have switched on Personhood, but still say all abortions should be illegal. Would you support using public money for contraception to continue reduction of teenage

Beauprez talks about not opposing birth control, but then says that IUDs are "abortificiant" and not contraceptives. You're going to see this response again and again on TV — what a dumb response from Beauprez.

6:57 pm
Beauprez talking about question around cost of construction and improving roads.

6:55 pm
Beauprez says that Colorado has added more than 100,000 pages of new regulations a year. Not sure what the point is here, except to say that you couldn't put regulations in a single Tweet.

6:51 pm
Question about increasing gas tax. Beauprez says no, because revenue for gas tax has been declining anyway and we need to invest in sustainable funding source.

Hickenlooper: We will continue to see less and less funding from gas tax. Oregon has a couple of pilot programs that Colorado can try to improve upon. Says that mileage tax is unfair to rural communities.

6:48 pm
Candidates get to expand on YES/NO questions. HIckenlooper says we must address Climate Change.

Beauprez: "Significantly" is the notable word in your question. "You're looking at someone who is a farmer and rancher…we are the original conservationists." Both Ways Bob then earns his nickname — again — by saying that we can deal with Climate Change. Huh?

Can Climate Change be reversed? Beauprez: NO. Hickenlooper, Yes

6:43 pm
Hickenlooper gets question about Nathan Dunlap. How did we make it nearly 45 minutes without this coming up?

Hick says he would not grant clemency if he loses election. "I don't think the state should be in the position of taking lives." This may be the best answer we've heard from Hickenlooper on his "decision" surrounding the death penalty and Nathan Dunlap.

"Society very well may be changing, but you can't just write laws on your own." Walking a very thin line here.

Beauprez says he supported civil unions before most Republicans. Says if society changes, "I will support the laws that Coloradans choose."

6:40 pm
Question for Hick on marijuana. Says he opposed Amend. 64, but now they need to regulate as best they can. Says there are always going to be a few bad players in every business that hurt it for everyone.

6:38 pm
Beauprez gets question about Keystong Pipeline. He answers by talking about negative ad being run by Democratic Governor's Association that is "patently false." This is the essence of one of Beauprez's great political faults — he can't stop drawing attention to stories that are not good for him.

6:36 pm
Question for Hick about negative ads. "We are depressing the product of Democracy," says Hickenlooper. "We will do positive ads, and if the Congressman wants to shake my hand to stay positive, I'll do it right here."

6:34 pm
Hickenlooper gets question about whether he regrets gun bills. Hick says no, focuses on background checks working. "As difficult as it has been politically, it keeps the state a safer place," says Hick.

Beauprez responds with long story about how Hickenlooper didn't listen to Sheriffs, or something.

6:33 pm
Beauprez gets question on abortion, but decides instead to talk about job losses in Colorado. Hickenlooper is visibly irritated that moderators are not stopping Beauprez here.

"As to your question, I am not going to answer a hypothetical question. I am pro-life. I am unabashedly pro-life."

6:32 pm
Question for Hick on economic recovery pace. Hick says it is ridiculous to say that Colorado is not growing at a strong rate compared to neighboring states.

6:30 pm
Beauprez brings up some economists named Raffer and Moore (Laugher and Bore?). Beauprez talks about providing a bunch of information from economic studies — this is NOT how you connect with regular voters.

6:29 pm
Hick addresses Beauprez charge of not doing enough for technical educations. Hickenlooper does great job with another anecdote of neighbor who owns an HVAC company — this is how you connect with regular voters.

Hickenlooper: Increasing funding for higher ed is shown to be the most important thing we can do to promote growth. Uses anecdote about friend's child who graduated from college with $110k in student debt.

Beauprez: Traditional plan of bachelor's degree and then moving on to get graduate degree isn't the way to go anymore. Says need more career training options, hits Hickenlooper for something called C-Pass(?)

6:24 pm
Next question on education funding: Beauprez goes back to charging Hickenlooper for not getting more money from federal government for education. Surely Beauprez is aware that the federal government provides a relatively small amount of funding for public schools?

Beauprez: Funding is part of the issue. So is testing. Three years after Hickenlooper signed the read act, our test scores got worse. So, apparently, Hickenlooper is not good at teaching children to read?

6:22 pm
Question on illegal immigration and drivers licenses. Hick responds with a policy wonky answer. Beauprez says that he believes it is Governors who will come together to come up with a solution to this problem.

Rebuttal for Hick: Says Beauprez's four points on solving illegal immigration are almost exactly the same as what he (Hick) has said before.

Beauprez asked about drivers license program, says he would repeal it.

6:18 pm
Question for Beauprez about definition of leadership. SOFTBALL!

"Does he realize he's no longer just Mayor of Denver," says Beauprez. He then uses "kick the can down the road" again for the second time in five minutes.

Hickenlooper response: "I think it was about 11 seconds before the Congressman began attacking me, and I'm not sure that's leadership." Says Beauprez was supportive of government shutdown last fall.

Beauprez rebuts, or something, by talking about Keystone Pipeline. Which is nowhere near Colorado.


6:15 pm
Next question about "abuse" of regulations on pot shops. Do we need to fix regulations?

Hickenlooper: Yes, I think we should. Relatively small number of doctors writing vast majority of prescriptions.

Beauprez says law should be enforced as it was intended to be enforced.

6:14 pm
Beauprez blames Hickenlooper for "kicking the can down the road" on fracking — says he has kept the problem alive by negotiating to end competing ballot measures. This makes no sense whatsoever.

6:12 pm
Both candidates are confused about when they are supposed to answer new questions and when they are offering rebuttals. Anyway, next question is about fracking and local government.

"This has become a stalking horse for a problem we never had," says Beauprez about fracking and local control.

Hickenlooper: This is about personal rights and private property rights and finding a balance.

Now we're more confused — Beauprez agreed with Hick saying that Colorado schools are underfunded…then said that the first thing we should do is get more money from the federal government (?)

6:08 pm
Beauprez rebuttal — again goes after state spending on employment. Says Colorado added a lot of jobs via state government. Not sure why he thinks that is going to upset people.

6:05 pm
First question about TABOR: Should we continue to return money to taxpayers.

Beauprez says that under Hickenlooper's watch, "State employment has bloomed." Interesting thing to start with.

Hickenlooper disagrees with statistic that Beauprez throws out about percentage increases in state government.

6:02 pm
The candidates enter the room to raucous applause. Gov. Hickenlooper is on the left of the stage, wearing a dark suit and blue shirt. Beauprez is on the right, decked out in a gray suit with a red tie.

BTW, Claudia Beauprez is in the front row, but about 10 feet from her husband.

5:59 pm
Looks like we're going to have a full house tonight. We're told the auditorium holds around 220 people (if Amendment 47 passes, Personhood will change that total to about 314).

5:52 pm
The moderators for tonight's debate will be Denver Post political editor Chuck Plunkett and Post reporter Joey Bunch, who has been covering both candidates during the campaign.

5:43 pm
The big question before we begin: Will Beauprez's wife, Claudia, be allowed to stand just off stage near her husband? Rarely has Beauprez spoken at an event in the last 3-4 months without his wife within a half-step or two from the podium.

5:41 pm
Lots of sign-waving and car horn honking outside the building. We're 20 minutes out, but the auditorium is already beginning to fill up.