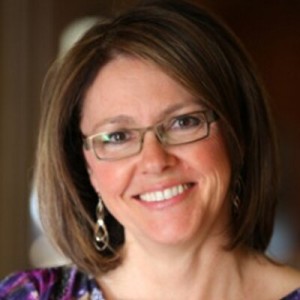 It's no secret that Republicans in Colorado have been having a heck of a time trying to convince women to vote for them in recent years. In 2010, Democratic Sen. Michael Bennet defeated Republican challenger Ken Buck thanks primarily to strong support from female voters (assisted by Buck's tone-deafness around women's issues). In 2014, Republican candidates such as Bob Beauprez, Cory Gardner, and Mike Coffman are facing similar electoral conundrums when it comes to appeasing their right wing base and trying to attract the support of moderate women in Colorado.

Republicans have yet to figure out how to deal with their problem of (not) appealing to female voters — and make no mistake about the size of the problem. As noted on Colorado Pols today, Beauprez is on the record in a very Todd Akin-like manner on abortion, declaring that he believes abortion should be outlawed with no exceptions for rape or incest. Both Cory Gardner and Mike Coffman are rowing the same boat.

If you are a Republican, how do you reach out to women voters while your candidates are simultaneously making them cringe? When all else fails, apparently, you do your best to tell women that these issues don't really matter anyway. Check out this guest commentary from the Denver Post over the weekend in which Republican activist/consultant Laura Carno sacrifices the interests of the GOP base at the altar of election-year panic:

…a deafening barrage of political commercials is now telling women their reproductive rights are in danger. Let's be clear: They aren't. [Pols emphasis]

In other words, don't worry about Bob Beauprez's far-right view on abortion because Republicans can't or won't change the law anyway. 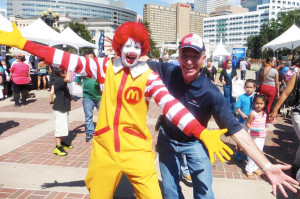 Lest you think these are the words of a lone wolf activist, you should know that Carno is the founder of an organization called "I Am Created Equal," which lists among the members of its "Advisory Board" — wait for it — Bob Beauprez himself.

You can't make this stuff up.

Carno's guest commentary is incredibly enlightening in offering a peak at Republican strategic thinking on the even of the election. Clearly, the GOP has no idea how to deal with their "women voters" problem, which is never going to go away until Republican candidates stop taking positions that are offensive to female voters.

Without putting forth more moderate candidates, this is certainly a difficult conundrum for Republican strategists to ponder. But we dare say that Carno's messaging isn't helpful for a lot of reasons.

For one thing, there are plenty of right-wing Republicans waiting in the wings who will use this message to defeat moderate Republicans in future Primary Elections.

And then there is this closing argument from Carno, which takes us full-circle back to the original problem:

The option for a woman to choose a legal abortion is only one issue out of many. And since that option is not likely in jeopardy, look at the other choices that are important to you and your family, including health care, take-home pay and your family's safety.

Why would you bring up "take-home pay" for women when politicians such as Rep. Mike Coffman have voted again and again and again to deny legislation that would ensure equal pay for women? Why would you bring up equal pay for women when Democratic Sen. Mark Udall is the co-sponsor of the Lilly Ledbetter Fair Pay Act, and your Republican candidate for Governor (Beauprez) is on the record in opposition?

See, female voters shouldn't just worry about issues like abortion, because Republican candidates are just as bad on fair pay for women!

Carno is trying really hard here to discount the idea of a "War on Women," while at the very same time demonstrating that Republicans wouldn't be fighting for women if such a war did exist. (Not) well played.