(Beauprez's Todd Akin moment, this is a must-read – Promoted by Colorado Pols) 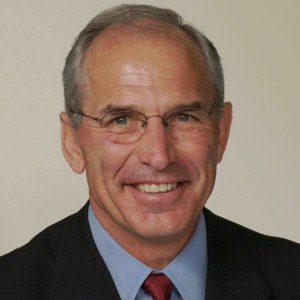 I wrote last week about gubernatorial candidate Bob Beauprez's comment, unchallenged by reporters, that he believes a governor has "very limited impact" on a woman's right to choose–even though he told Colorado Public Radio back in 2006 that he'd sign a bill outlawing abortion, if such a bill landed on his desk.

If you're a reporter, and you're inclined to sluff this off, because Beauprez isn't thumping his chest about banning abortion nowadays, you need to know more of what he said during that interview with CPR's Ryan Warner back in 2006.

You can read his exact words below, but, to summarize, he dismisses the notion of making abortion exceptions for rape an incest with, "No. No. I don't make exceptions for that."

He also said, specifically, that he'd support a law preventing a raped 16-year-old girl from having the right to choose abortion, saying pregnancies resulting from rape are "relatively few" and the "child" conceived by the rape should not be punished.

Here's a partial transcript of the interview:

HOST RYAN WARNER: Let’s start with abortion. As governor, if Roe v. Wade is overturned, would you sign a bill banning all abortions in Colorado?

BOB BEAUPREZ: As long as it protected the life of the mother, I would.

BEAUPREZ: No. No, I don’t make exceptions for that.

WARNER: Would you seek such a bill?

WARNER: Or would you sign it if it came to your desk.

BEAUPREZ: I believe that what happened up in — I believe it was North Dakota, or South Dakota –North, if I remember right.

BEAUPREZ: South Dakota, excuse me. I thought that was a legitimate question to put in front of the people again. And I thought that’s what South Dakota did. If there was a move mood within the legislature, I’d, uh — I would applaud that.

WARNER: Let me give you what is admittedly an extreme hypothetical. A sixteen-year-old girl is raped. She and her parents want to get an abortion for her. They would pay for it, it wouldn’t be state dollars. You would support a law preventing her from getting an abortion under those circumstances?

BEAUPREZ: Yes, and I’ll tell you very simply why.

BEAUPREZ: I don’t think it’s the child’s fault. And I think we either protect life — all life, especially the most innocent of life — or we don’t. The situations of rape or incest, and pregnancies resulting from, are relatively few. And I think, unfortunately, what we have done, sometimes, is use rather what we think of as extreme exceptions, to justify a carte blanche abortion policy that has resulted in– well in excess, as I understand it, of a million abortions a year in our nation. Tragically, I think, in some of our ethnic communities we’re seeing very, very high percentages of babies, children, pregnancies, end in abortion. And I think it’s time that we have an out in the open discussion about what that means.

WARNER: Do you know which ethnic communities, in particular?

BEAUPREZ: I’ve seen numbers as high as 70% –maybe even more– in the African American community, that I think is just appalling. And I’m not saying that it’s appalling on them. I’m saying it’s appalling that something is happening to encourage that. Frankly, it raises another question, you know? Do we think it is okay that that many African American babies aren’t allowed to be born and live an otherwise normal life and reach the blessings, the fullness of the American Dream. I think those are very serious, very intense, very personal questions that a society such as ours ought to ponder. [BigMedia Note, After being called out by MediaMatters of Colorado, Beauprez later admitted that his 70% figure was incorrect.]

WARNER: Do you believe the state has a role in preventing unwanted pregnancies?

BEAUPREZ: Yes. Yeah, and I’ve supported abstinence training, for example, which is very consistent with my belief and my background. I think that’s a very appropriate role. Some, certainly, their beliefs embrace birth control and the use of condoms. I think that kind of awareness is fine. I’ve got, you know, my own personal beliefs. But I think we need to — certainly need to provide that kind of education to people.

WARNER: On your personal beliefs, where do you stand on birth control and prophylactics?

BEAUPREZ: We don’t use them. I’m Catholic. And I’m Catholic by choice, and I embrace the teachings of my church, and so we’ve used what our church calls — and I think is widely recognized as ‘natural family planning’ It served me and my wife very, very well.

This interview is proof positive that reporters should ask Bob Beauprez to clarify, precisely, what kind of abortion restrictions (counseling, MRI's, hospital requirements, etc.) he'd impose in Colorado, if legislation, for example, requiring a woman to view an MRI of her fetus before being allowed to have an abortion, as passed in other states, is presented to him for his signature.