UPDATE: The calls for Republicans who attended Tom Ready's fundraiser last month to disown him continue:

A Colorado independent nonprofit group whose mission is to hold Republican nominee for Governor Bob Beauprez accountable called on Beauprez to renounce his appearance with a Sandy Hook denier who questioned whether the event really took place.

"We call on Beauprez to immediately renounce his association and support for appearing with a radical extremist who questioned whether the Sandy Hook massacre occurred," stated Michael Huttner, spokesman for Making Colorado Great. 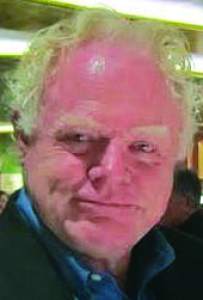 We've had our complaints over the years with the quality of news reporting at the Pueblo Chieftain, which has at times been unforgivably bad. With that said, the Chieftain has done a decent job recently covering the national scandal that has hit the Pueblo County commissioner race, after remarks in a debate by Republican candidate Tom Ready questioning whether the Sandy Hook Elementary School mass shooting in Newtown, Connecticut in December of 2012 "really happened."

But that's the newsroom. Chieftain managing editor Steve Henson, unbelievably, is standing by Ready–even going as far as blaming Ready's Democratic opponent for bringing the Sandy Hook shootings up:

The exchange between Democratic County Commissioner Sal Pace and Republican Tom Ready regarding the shootings at Sandy Hook was, well, it was ugly.

Before the debate, Pace approached Ready and said he planned to be positive and Ready agreed to do the same. I know that to be true because I was standing right there, behind the curtains at Pueblo Memorial Hall with the two men.

Then, really out of nowhere during the debate, Pace pounced on Ready and attacked Ready’s Facebook page on which there is or was information disputing whether Sandy Hook really happened. Caught off guard, Ready said there were some questions about Sandy Hook and the audience went bananas.

The next day, Ready appeared at The Chieftain for a previously scheduled interview on a different topic and he explained that he knows the children died at Sandy Hook in a terrible massacre, but that he often puts controversial topics on his Facebook page as conversation pieces. He doesn’t necessarily believe in or endorse any of them, he said.

But, he conceded, Pace’s ambush — and make no mistake; it was an ambush — had been successful in hurting him. How successful? We’ll know in November.

Henson's blaming of Democrat Sal Pace for…either Tom Ready's Facebook post, or Ready's appalling answer when questioned at the debate, we're not sure which one Henson means–is of course totally ridiculous. Henson claims that Ready was "caught off guard," as if this was some kind of boxing match instead of a debate about issues. Henson doesn't quote Ready's verbatim answer to Pace's question, which again was, "there is still question about whether it really happened, Sal." What Henson doesn't want to admit is obvious: the audience "went bananas" not because Ready had merely stated there were "some questions about Sandy Hook." The audience became upset when Ready cast doubt on whether the Sandy Hook shootings "really happened."

With that in mind, we couldn't care less if Ready felt "ambushed." Ready's excuse that he "doesn't necessarily believe" what he posts on Facebook evaporated the moment he said himself in this debate that "there is still question about whether it really happened." This is about what Tom Ready publicly said, nothing else–and Henson's attempt to cover for him is so feeble it's really quite laughable.

Or would be, if it wasn't coming from the managing editor of a major newspaper.