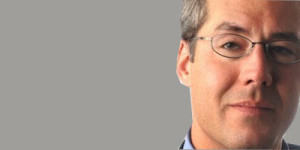 Check out this YouTube video of Denver Post political editor Chuck Plunkett leaving no doubt that he carries a strong bias toward conservatives and Tea Party ideals. In the video, Plunkett tells a conservative audience that he stopped trying to be impartial when he became a member of the editorial board at the Post. This is the same editor who just a few months ago inexplicably pulled a story that was critical of Republican Rep. Mike Coffman, apparently only because it was critical of a GOP incumbent.

It has long been rumored that Plunkett goes out of his way to "adjust" articles that might be negative news for Republican candidates and policies, and this video is pretty darn clear about where he stands politically. We'll be curious to see how if Editor Greg Moore deals with this embarrassingly biased behavior from the man in charge of the Post's political coverage.