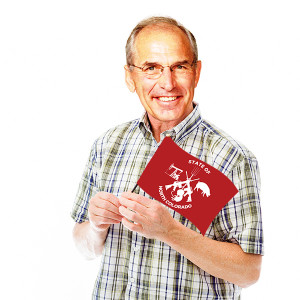 One of the topics of conversation involved the failed Secession movement of last fall, in which voters of 11 counties cast ballots on the question of seceding from the State of Colorado to form a 51st State. The total number of voters able to vote on the topic of secession was relatively small, as we pointed out before, and a majority of politicians on both side of the political aisle did not approve of the proposal.

Stokols asked Beauprez about the Secession effort and where he stood on the issue; as you can see in the video below (beginning around the 7:40 mark), Beauprez says he did not support Secession. But Beauprez does talk a lot about sad rural Coloradans before attempting the odd connection that secession is really about "celebrating diversity" (as opposed to what it really was: a small, loud group of angry partisans who refuse to concede that the majority of Colorado's population is not aligned with rural interests any longer).

"I did not support the secession movement, but I certainly understood the sentiment — that's the key here."

This is a little different, of course, than what Beauprez said about the Secession movement last September. In Voice of America News (Sept. 16, 2013), Beauprez was clearly trying to align himself with sad rural Colorado:

"…maybe we ought to just go our separate ways.  Why don’t you run your state and we'll run ours."


Which state is that, exactly, Bob?