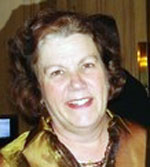 The long, strange saga of finding a Republican candidate in House District 23 (Lakewood) reached a conclusion yesterday when a Jefferson County judge ruled that Jane Barnes will remain on the fall ballot despite acknowledging that the Republican Party missed deadlines en route to finally nominating someone to challenge incumbent Democratic Rep. Max Tyler. The Jefferson County Republican Party is still imploding, to be sure, but they can celebrate this minor victory.

Attorney Edward Ramey, representing the Democrats, told the judge that after Nate Marshall, the first GOP candidate for the seat, dropped out of the race in early April after it came to light that he had sympathized with white supremacists, the Republican Party failed to certify a replacement candidate in the time required by law.

It formed a vacancy committee at the end of April to choose Barnes as its candidate. She didn't file her papers with the Colorado Secretary of State's Office until May 2, Ramey said, about three weeks too late…

…Attorneys for the GOP, the Jefferson County Clerk's Office and the Secretary of State's Office argued that the Democrats were making a "hyper-technical" argument about deadlines that would have the effect of disenfranchising voters.

While acknowledging that Republicans missed the dates outlined by the state, attorney Writer Mott told the judge that the party is in "substantial compliance" with the law and should be able to move forward.

There was no argument from Republicans or the Secretary of State's office that Republicans missed the deadline to find a replacement candidate to end the brief, but disastrous, Nate Marshall experiment. In fact, Republican attorneys admitted that they dropped the ball. But Jefferson County DIstrict Judge Stephen Munsinger effectively punted on a decision rather than removing Barnes from the ballot, which would have left Republicans without a candidate to challenge Rep. Tyler. As we wrote back in May, there really is no reason whatsoever for Jefferson County Republicans to have screwed this up:

It wasn't much of a surprise to see Judge Munsinger rule that Barnes could remain on the ballot — though it certainly calls into question the merits of having candidate filing deadlines if they apparently aren't enforceable — but the Barnes case remains a black eye for a Republican Party that has been utterly incompetent in trying to find candidates to challenge incumbents in winnable House Districts. Judge Munsinger ruled that the missed deadlines in HD-23 were an "isolated incident," though that has absolutely not been the case with the GOP in 2014. We posted the following chart (after the jump) in July as a way of illustrating the follies of House Republican leadership in 2014; it's hard to win back control of the State House when you aren't even filling out paperwork correctly. 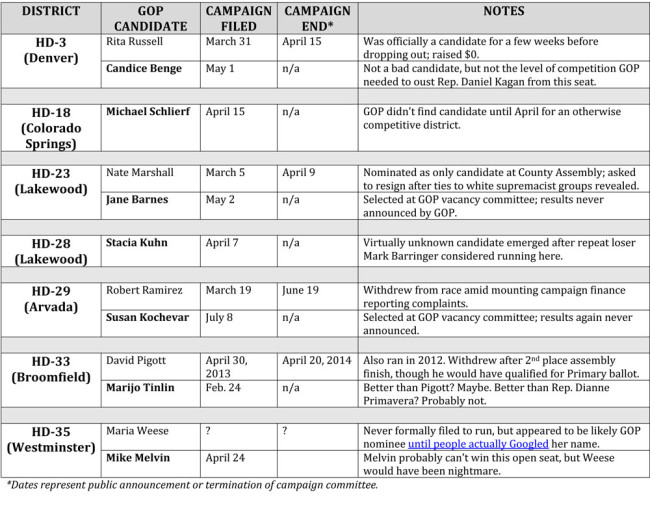