Nate Marshall, who got the GOP off to a very bad start in HD-23.

We've been talking about the Colorado Republican Party's major recruitment problems for state legislative candidates in this space for some weeks now. Perhaps the best example of the GOP's stunning inability to get organized in state legislative races is House District 23. A seat presently held by Democratic Rep. Max Tyler, Republicans originally nominated a candidate named Nate Marshall in this race. Marshall's campaign melted down, as our readers know well, after Marshall's overtly white supremacist past made headlines.

As we reported at the time, Republicans waited for weeks to hold a vacancy committee and appoint another candidate for HD-23 in the wake of Marshall's withdrawal. In the end, we broke the news in mid-May that Jane Barnes would replace Marshall as the GOP's HD-23 candidate–not the party. Which seems kind of weird, doesn't it?

As a complaint filed today shows, that's where things get problematic legally. The last day on which the law allowed the GOP to designate a new candidate to fill this vacancy in its assembly delegation was April 18. But the vacancy committee that selected Barnes didn't meet until April 28th, and Barnes didn't file her candidate affidavit until May 2nd–two weeks after the deadline.

Bottom line: as everyone knows, Jefferson County is the key to this election in just about every respect–with national eyes on races they normally wouldn't care about due to their aggregate effect up the ticket.  Like Politico says, “As Jefferson County Goes, So Goes Colorado.”  Understanding the critical role these races play, not just in the GOP's strategy to retake the legislature but all the way up the line, it's nothing short of unbelievable that the state and county GOP cannot get their act together. Democrats, who we can assure you do vet their candidates, simply do not have this problem. 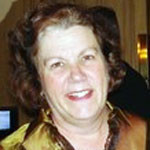 First the Jefferson County GOP nominates a white supremacist with an arrest record, revealing a disastrous lack of vetting of GOP candidates in competitive races. After an embarrassing public spectacle they manage to force him off the ballot–but then they can’t even convene a vacancy committee in a timely fashion? They let weeks go by without doing anything at all?

And when they finally did hold a vacancy committee, they didn’t even bother telling anyone which candidate they nominated? Why were we the ones to break this news? For a party that claims to be interested in winning elections, this is just inexplicable behavior. Of course Democrats are going to cry foul–because they can and they should. And Republicans have no one to blame but themselves for these repeated displays of rank incompetence.