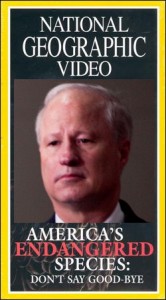 If you follow the 6th Congressional District race, Coffman vs. Romanoff, you know that everything we're seeing, from Coffman's attempts to re-invent himself (abortion, immigration) to Romanoff's decision to run at all, goes back to the 2010 redistricting, which turned the seat from red to purple.

From day one after the new district was created, reporters referenced the question of whether, when it comes to his new district, Coffman is a square peg in a round hole, a bad fit, even a Cuckoo bird* (my friend's analogy). The election will answer this question.

But whether you think Coffman is anything like a Cuckoo bird, you wouldn't expect Coffman, three years after redistricting, to be bringing up the square-peg issue himself, almost hating on his own district.

As Coffman said on the Hugh Hewitt show last week:

Coffman: Well, what they did, is they targeted my seat in the redistricting process. A Democratic judge – you know, certainly his affiliation, I’m sure, — in Denver, signed off on their map, without any amendments, and it certainly is what they call a ‘D+1’ [‘D’ plus one] district. So, it’s a Democrat-leaning district. Obama carried it by five points last time. I’m the number-one target for any sitting House Republican by the Democratic Campaign Congressional Committee. And I’m proud of it. I need the support of all the folks out there who seeks to return to a constitutional government to the United States.

Listen to Coffman's thoughts on redistricting on Hugh Hewitt 7.18.14

Hewitt doesn't know enough about Colorado politics to be expected to correct some of Coffman's facts here, so I'll fill in for him.

First, there's the politics. I read this as Coffman admitting that he's not right for his own district. He's pissed at Democrats for targeting his seat, and he's mad at the "Democratic judge" for approving it. Yet, he wants to be the representative. Fine, but how far will he go (and can he go) not to be the square peg? That's the heart of the matter out there in Aurora.

With respect to the facts (or lack thereof), Coffman's claim that the judge was a biased Democrat is completely baseless and, honestly, makes Coffman look sour-grapes-desperate. Aside from the fact that Judge Robert Hyatt had no choice but to accept one of the proposed maps in toto, without amendments, Kane is widely respected and has shown it over the years.

As The Denver Post's Lynn Bartels, wrote just before his redistricting ruling:

The Denver judge who will draw new boundaries for Colorado's seven congressional districts already has shaped the state's political landscape with rulings cheered and jeered by Republicans and Democrats alike.

Judge Robert Hyatt in June threw out a lawsuit from retirees who argued the state legislature had no right to reduce benefits from the Public Employees Retirement Association.

He kicked Marc Holtzman off the ballot in 2006, ruling the Republican didn't collect enough petition signatures as required by law. That paved the way for Bob Beauprez to wrap up the GOP nomination for governor.

I've written a lot about media coverage of this race, but I'd forgotten just how red Coffman's old district was at 46 percent Republican, 26 percent Democrat, and 28 independent. That's why Trancredo happily held it before Coffman.

Before redistricting, Coffman was like a shade-loving potted plant, happy in his place under a Cottonwood tree. Then the Cottonwood tree blew down, and suddenly sunlight started streaming onto Coffman, and he has to become sun-loving or die. That's a tough adjustment, and most plants can't handle it.

That's kind of stupid, but it illustrates the underlying dynamic that should inform reporting on the race.

*the Cuckoo bird lays its eggs in another bird’s nest, dumps out the other bird’s eggs, and leaves the other bird to sit on them and raise the babies. They're imposter babies, hoping that they don't get recognized as being nothing like the real babies.