Earlier this week we took a look at the bizarre string of late-entry and replacement candidates that Republicans have fielded in a number of key State House races. In order to gain control of the State House, Republicans need to win at least 5 seats this fall — without losing any incumbent legislators — which is a mountain that may be too tall for the GOP to climb in 2014.

As a Colorado Pols analysis of fundraising results in key House districts shows, Democrats are raising significantly more money in competitive House districts compared to their Republican counterparts. We took a look at 12 of the top House districts (you can argue that your list of top races would look a little different, but you get the point), and through July 1, 2014, Democrats had raised more than $500,000, while Republican candidates combined for just a tad more than $100,000.

While so-called "soft money" from third party groups, PACs, and other special interests will certainly get involved in many of these House races, the disparity in fundraising is quite stunning. Take a look at the chart below — there is not a single Republican candidate who has raised even close to the totals compiled by their Democratic counterparts. 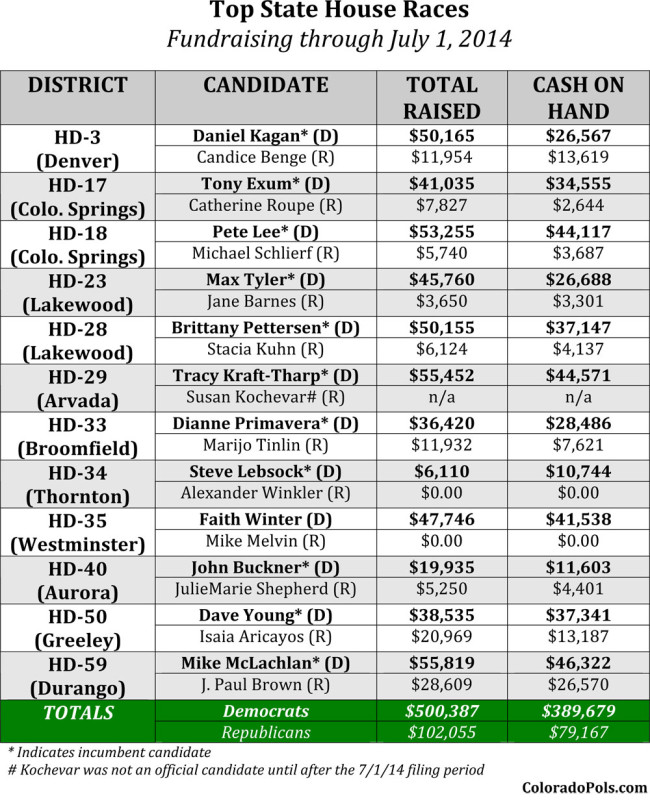