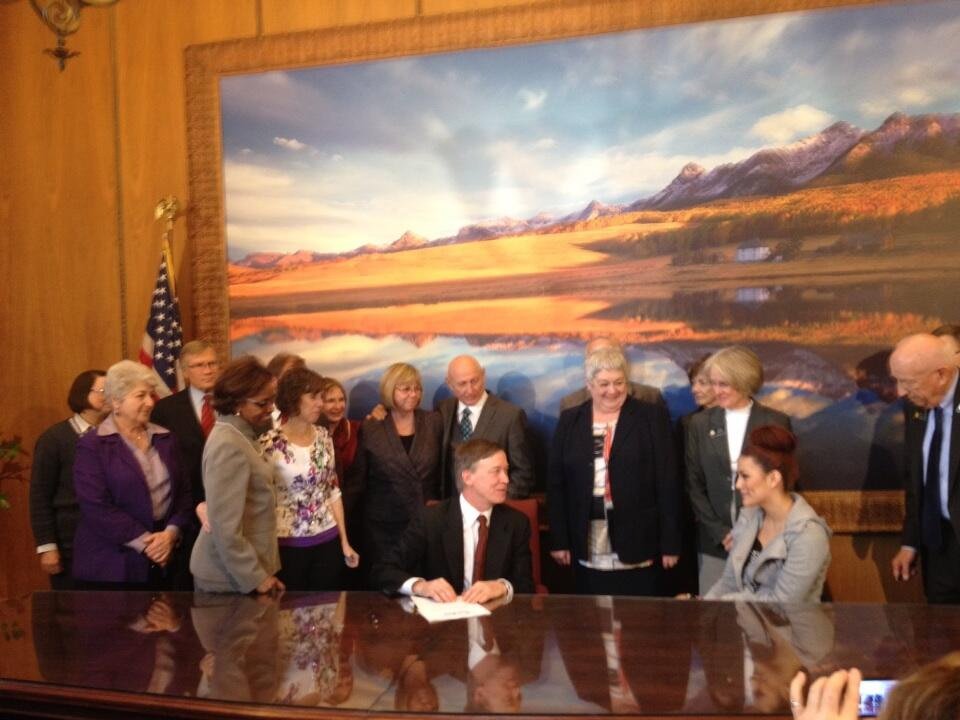 The judge today offered a thorough and reasoned opinion and recognized that the state's new gun laws do not unduly burden anyone's Second Amendment rights. We appreciate the good work that the Attorney General's team did to represent the state and defend the law.

The state's Democratic-majority legislature passed the measures last year in reaction to the 2012 mass killings at a Denver-area movie theater and the Sandy Hook Elementary School in Connecticut. In a backlash by voters, two Democratic senators subsequently were recalled and a third resigned.

In her 50-page ruling, U.S. District Judge Marcia Krieger wrote "evidence shows that large-capacity magazines are frequently used in gun violence and mass shootings, and that often a shooter will shoot continuously until a weapon jams or the shooter runs out of ammunition."

"Most experts agree that the size of a magazine correlates to the number of rounds that are fired in both an offensive and defensive capacity," she added.

But the plaintiffs — gun owners, advocates, manufacturers and sheriffs — had presented no evidence that someone's ability "to defend him or herself is seriously diminished if magazines are limited," Krieger declared. [Pols emphasis]

UPDATE: Statement from the Colorado Coalition Against Gun Violence:

“Today is an important day in the fight to keep our communities and families safe from gun violence,” said Rita Schweitz, co-chair of the Colorado Coalition Against Gun Violence. “Colorado’s universal background checks law is a common-sense solution to keeping guns out of the hands of criminals and we now have the Court’s validation of what we have asserted from the outset – these laws do not violate anyone’s 2nd Amendment rights.”

Dave Hoover, whose nephew AJ Boik was killed in the Aurora Theater shooting, was grateful for the Judge’s decision to uphold Colorado’s high-capacity magazine limit. “As I have said repeatedly, no one is losing their rights by having to reload their gun, but with this simple measure we can reduce the number of victims killed in mass shootings. And as someone who has worked in law enforcement here in Colorado for over 30 years, I can tell you that limiting high-capacity magazines is a significant step in protecting our law enforcement officers in the field.”

The challenge to the state’s gun laws was funded by the Independence Institute and initially brought by a number of Colorado Sheriffs who claimed the laws were unconstitutional and un-enforceable. They were ultimately dismissed from the lawsuit for lack of standing.

Eileen McCarron, president of Colorado Ceasefire Capitol Fund, expressed frustration at the waste of time and resources spent to bring this lawsuit to fruition. “This was a politically-motivated lawsuit that has been grasping at straws from day one. These laws are reasonable protections against gun violence that many states have adopted and have repeatedly passed the test of constitutionality.”

A federal judge has thrown out a lawsuit aimed at overturning Colorado’s new gun laws, upholding the expansion of background checks on private gun sales and transfers and the ban on magazines of more than 15 rounds, FOX31 Denver is first to report.

“The Clerk of the Court is directed to enter JUDGMENT IN FAVOR OF THE DEFENDANT on all claims and to close this case,” reads the final ruling from Chief U.S. District Judge Marcia Krieger…

In Krieger’s view, neither the magazine ban nor the background check expansion unreasonably burden gun owners or sellers.