UPDATE: That's that, folks–via the Denver Post's John Aguilar, so much for Robert Ramirez: 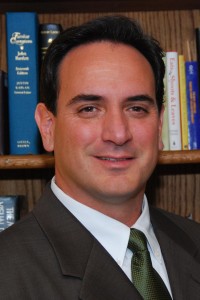 ​A press release from the House Majority Project announces a complaint filed against defeated former Rep. Robert Ramirez, who is (at least on paper) once again running for House District 29 in Arvada and Westminster:

In total, Mr. Ramirez has skipped out on filing 12 legally required campaign finance disclosure reports, and hasn't submitted a single report since his candidate affidavit was filed on March 19, 2014.  The Secretary of State fines campaigns $50 per day for these violations, bringing Ramirez's total delinquency bill to a whopping $57,200 in penalties owed.

Pursuant to Colorado Constitution Article XXVIII, a candidate is personally liable for penalties imposed on his or her candidate committee.  State law only allows complainants to pursue violations occurring within 180 days of a complaint, bringing the total amount that Ramirez and his campaign are liable for to $12,300.

"As Treasurer of the Jefferson County Democratic Party, I filed countless campaign finance disclosure reports, it's not that hard" said [Jefferson County resident Liz]​ Geiselman.  "Robert Ramirez is once again asking voters to put their trust in him to make the law, yet he breaks the law 12 times in a row.  That's simply unacceptable to the people of Jefferson County.  Jeffco residents want the Ramirez campaign held fully accountable for these violations."

It's anybody's guess what's going on here–did Ramirez file as a candidate and then decide not to go through with it? Is he just thumbing his nose at campaign finance disclosure law? Or is he just assuming that Secretary of State Scott Gessler would help him raise money to pay off any fines that he couldn't get dismissed?

Ramirez was originally elected in 2010 in a razor-thin victory over Democrat Debbie Benefield, but quickly lost standing after a long string of gaffes and oddities that gave current Democratic incumbent Rep. Tracy Kraft-Tharp an opening to send Ramirez into early retirement in the subsequent 2012 election. Back in March when we learned he had filed to run again, we speculated whether Ramirez was actually serious about it, or had just recycled his 2010 campaign materials for a placeholder rematch.

Whichever it is, filing his legally required campaign finance disclosures…would be nice.