UPDATE: A recall petition has been approved for circulation, press release from the El Paso County Clerk: 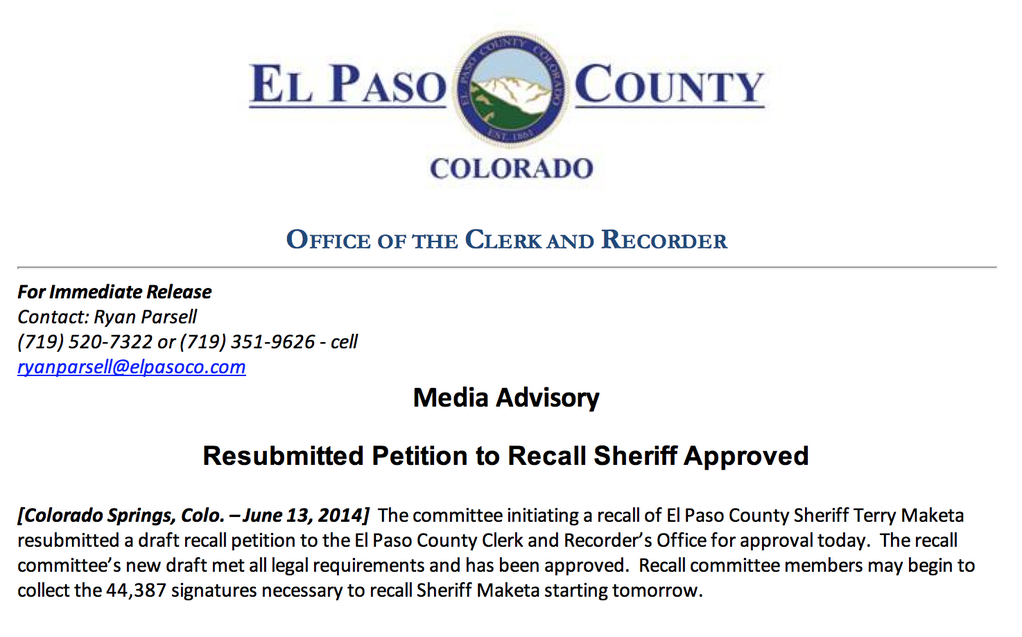 44,000 signatures is a very tall order, but the alleged malfeasance level here is pretty high too. So… 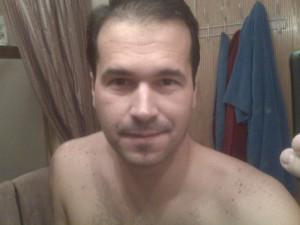 You can never unsee it.

Vicki Maketa, who has been married to the sheriff nearly 28 years, gathered with supporters, including the sheriff's brother, in front of the Sheriff's Office for the rally. Tiffany Huntz, a Sheriff's Office dispatch employee who is accused of having an affair with the sheriff, came out of the office and gave his wife a hug.

Though Vicki Maketa spoke to other media, she refused to speak to The Gazette, saying "You'd better get away from me."

The Facebook page "Citizens for Sheriff Terry Maketa," launched less than a week ago, has a June 7 post attributed to Vicki Maketa, in which she said her husband "made a terrible mistake during a rough patch in our marriage 5 years ago." It was during that time when text messages from Maketa suggest he was having sex with a woman he promoted to comptroller. 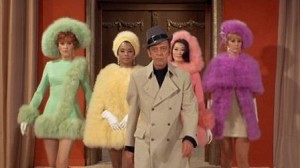 Don Knotts in “The Love God.”

Rather than passing judgment ourselves, please click through to the Gazette's story and take a look at the photo of Vicki Maketa, wife of Sheriff Terry Maketa, embracing one of the women accused of having an affair with the sheriff. Does it seem, well, weird to you? Here's a little more from Vicki Maketa's statement, as posted to Sheriff Maketa's Facebook fan page:

Additionally, what has come out in the media isn't "new", as it was all over the media in 2010. The difference is that this time they didn't hold anything back, and a lot of people have been hurt in the process. Terry and I have a lot to work through because of the lack of respect and privacy we have been given by the media, but our marriage is strong and we are going to be just fine.

There is another side to what you are reading and hearing in the media every day. Terry is in full support of the independent investigation that is taking place, but it will take time to complete. (In fact, he is the one who requested the investigation take place.) The media in this town is so corrupt that they can't even wait for all the facts. They have anonymous sources running to them with lies (you wouldn't believe some of the whoppers they've told!), and the media reports it as fact, even after they have been presented with clear factual evidence to contradict the anonymous fabrications. There is no doubt in our minds that Terry will walk away from this cleared of all illegal activity…

As we've said previously regarding this scandal, people have the right to hook up with other people, inside and outside their own marriages. There are swingers, orgy participants, you name it–all perfectly legal. The problem here, of course, is what looks like widespread official impropriety, both to facilitate Maketa's affairs and to cover them up. The stories coming out about Sheriff Maketa's office are of an almost comically oppressive personality cult, enforced by ruthless arbitrary discipline and backstabbing intrigue. To call this the workplace from hell would be a considerable understatement, and no "consensual" partners, victims of sexual predation with Stockholm Syndrome, or whatever the deal is here make it appropriate.

In fact, those women hugging and waving "We Love Terry" signs may be the most pitiable development yet.