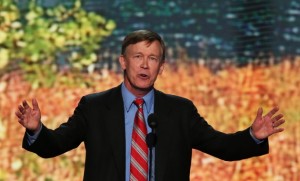 How big is Gov. Hickenlooper’s fundraising lead over Republicans?

Fundraising reports for all Colorado statewide candidates are now available, and as we do every quarter, we break down the numbers in our handy chart and provide some context with Winners, Losers, and (our newest category) Disasters. We took an early look at the numbers as they trickled in late yesterday, but below we break down those fundraising figures in greater detail. Before we do that, however, a few key takeaways from Q1:

– Gov. John Hickenlooper has more cash on hand ($1.65 million) than every Republican statewide candidate combined. The sum total for all 7 Republicans still running for statewide office comes to a meager $934,218.

– The Republican frontrunner for Governor, former Congressman Tom Tancredo, refuses to participate in debates and spent more money than he raised for the second straight quarter.

– Mike Kopp is cooked. The top vote-getter at the GOP State Convention followed up a weak first quarter as a candidate with very similar numbers in the first quarter of 2014. Just as Dan Maes discovered in 2010, winning top-line through the caucus process does very little to get the attention of Republican donors.


WINNERS
Polling results from late April suggest that Governor John Hickenlooper is pulling away from the Republican field of challengers, and the first fundraising report of 2014 confirms strong momentum for Hick. The Governor now has $1.65 million in the bank, or 5 times as much cash on hand as the entire Republican field; if you add up the cash on hand numbers of the 4 GOP candidates, you get a very unimpressive $319,165.

Democrat Don Quick had a sluggish start to his campaign, spending most of 2013 just trudging around the state with little excitement generated in his wake. But in late 2013, Quick found a new day job that gave him more opportunity to fundraise, and the change has worked. In the last quarter, Quick almost doubled his fundraising total from Q4 2013. With Republican Cynthia Coffman spending most of her warchest in advance of the April 12 Republican Assembly, Quick now has a 4-1 lead in cash on hand. Democrat Betsy Markey also got the strong quarter she needed after a very weak Q4. Markey is never going to be able to compete with Republican Walker Stapleton on the fundraising front, but her $189k in the bank keeps her on track to be competitive in the fall. Stapleton also had another strong quarter — though not by his standards — and his Q1 report doesn't include what should be a sizable haul from a fundraiser with former Florida Gov. Jeb Bush.

And finally, Tom Tancredo deserves a spot in both the Winners and Losers section. Tancredo did not have an impressive Q1 by any definition, but the other three GOP candidates for Governor did nothing to make that an issue; Tancredo doesn't need a lot of cash if his opponents can't fundraise worth a crap, either. 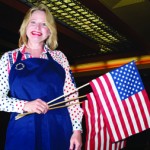 Will dress funny for campaign money.


LOSERS
For the second quarter in a row, Republican Tom Tancredo spent more money than he raised. This kind of burn rate would be scary were the rest of the GOP field for Governor even halfway competent, but Tancredo still falls into the Loser category for letting a big opportunity slip away. If Tancredo had finished Q1 with stronger cash on hand numbers, he might have cemented the Republican nomination.

Bob Beauprez has barely been a candidate for Governor for two months now, and he paid (literally) for his late entry into the Republican field. Beauprez had only a couple of weeks to gather the requisite signatures required to make the Primary ballot, and the effort was expensive; Beauprez spent some $320k in about 6 weeks, and most of that likely went toward paid signature gatherers. It's also worth noting that Beauprez loaned his campaign $220k, rather than writing a check as a "donation," which indicates that Beauprez may not be willing (or able) to self-fund to a significant degree.

Attorney General candidate Cynthia Coffman (at right) may not have to worry about a Republican Primary with state Rep. Mark Waller any longer, but she has a lot of ground to make up on Don Quick in the fundraising department. Coffman's nearly year-long campaign against Waller has left her with just $58k in the bank. 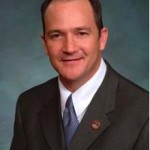 I’m Mike Kopp, and I approve any message that doesn’t cost too much money.

DISASTERS
The entire Republican field for Governor belongs here, but Q1 was only a true disaster for one candidate: Mike Kopp. Even after winning top-line at the GOP State Convention (in a bit of a surprise), and with former U.S. Senators Hank Brown and Bill Armstrong behind his campaign, Kopp just can't raise money. Kopp has the lowest name recognition of the four gubernatorial candidates, which means he needs to raise money at a greater clip than Tancredo, Beauprez, and Gessler. Kopp can't count on the same level of support that he saw at the State Convention — particularly since he didn't have to worry about Tancredo or Beauprez at the time — so he absolutely must have a robust TV ad buy if he hopes to win in June. With less than $34k in the bank, Kopp doesn't have enough time to make that happen.

For the complete breakdown of fundraising numbers for all statewide candidates, check out the chart after the jump.