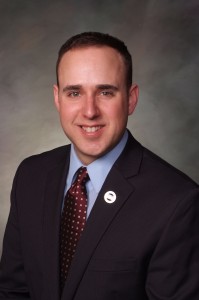 ​"One-and-done" GOP Rep. Jared Wright (R-Fruita) is ending his second and final legislative session with quite a flourish, as the Grand Junction Sentinel's Charles Ashby reports:

The Fruita Republican is co-sponsoring a bill with a Boulder Democrat, Rep. KC Becker, aimed at protecting the state’s groundwater supply from radioactive contamination…

While the bill primarily is aimed at helping residents around a Superfund site near Canon City, some Republicans fear it is overly broad.

We've followed Rep. Wright's stormy one-term career as an elected legislator, which almost never got off the ground after revelations about his departure from the Fruita Police Department and his questionable personal financial troubles sent his Mesa County GOP benefactors running for the proverbial exits. Despite that rocky start, as a fairly reliable Republican vote in the General Assembly, we think Rep. Wright might have gotten a pass to run for re-election–before a disastrously idiotic mistake, leaving a loaded handgun in a legislative committee conference room, made him an unacceptable liability to his fellow gun-toting Republican legislators. Not long after that incident, Wright held a "shotgun press conference" announcing he would not seek re-election and endorsing his erstwhile GOP primary opponent. 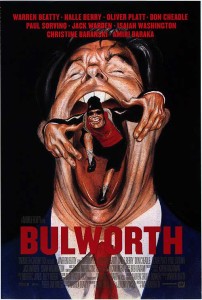 But since then, we've seen flashes of a whole different Rep. Wright. Wright was the only House Republican to vote in favor of a bill to study the health effects of oil and gas development in several Front Range counties, voicing arguments in favor of the legislation that made surprisingly good sense. Likewise, with the bill he's co-sponsoring with Democrat K.C. Becker on uranium groundwater contamination, Wright is articulate and on point.

Too much so for his Republican colleagues:

“Representative Coram, I respect your expertise, I just happen to disagree with you on this issue,” Wright said. “I represent an area that abuts a quarter of your district and I don’t see this resulting in job loss.”

“I represent the people of my district, the people of the state of Colorado, Representative Coram. Not one group or organization,” Wright countered. [Pols emphasis]

Rep. Wright has given us lots of material in only two years on the Colorado political radar, most of it in the form of schadenfreude. Here in what are effectively the last few days of his political career, with all the pressure off, no benefactors to please, nothing left to lose, he might actually be just a little bit inspiring.