Thanks to Colorado Pols, we have GOP gubernatorial candidate and former U.S. Representative Bob Beauprez’s views on climate change — and they appear to mirror those of Buck.

In his 2009 book “A Return to Values,” Beauprez called climate change “at best a grossly overhyped issue and at worst a complete hoax foisted on most of the world.”

…While the state’s Republicans may be in agreement with one another, their anti-climate stance is at odds not just with 97 percent of mainstream science, but with the majority of the state’s residents. 2013 polling by the Yale Project on Climate Change Communication found that most Coloradans — 70 percent — believe global warming is happening and three in four said the issue of global warming is very or somewhat important to them personally. Further, more than half of Coloradans said that more should be done about global warming at all levels of government. 66 percent said their local government should be better preparing for the impacts of climate change, and 61 percent said the same for the state level.

Back in November, we took note of a tracker clip from local TV personality Aaron Harber's GOP gubernatorial primary debate, in which four of the then-principal candidates for governor, Scott Gessler, Greg Brophy, Mike Kopp, and Tom Tancredo, all denied either the existence, human origins, or ability of humanity to intervene in global climate change. To put these out-of-the-mainstream views in perspective, a recent poll found that 81% of Americans believe the government should take action to limit greenhouse gas emissions.

Since the entry of failed 2006 gubernatorial candidate Bob Beauprez into the race, we've been looking for recent statements from him on this hot-button issue. As it turns out, we needn't look any farther than Beauprez's 2009 book, A Return To Values. On the first page of Chapter 11, ironically titled "Let Science Guide Environmental Policy," Beauprez lays out his views on the matter. 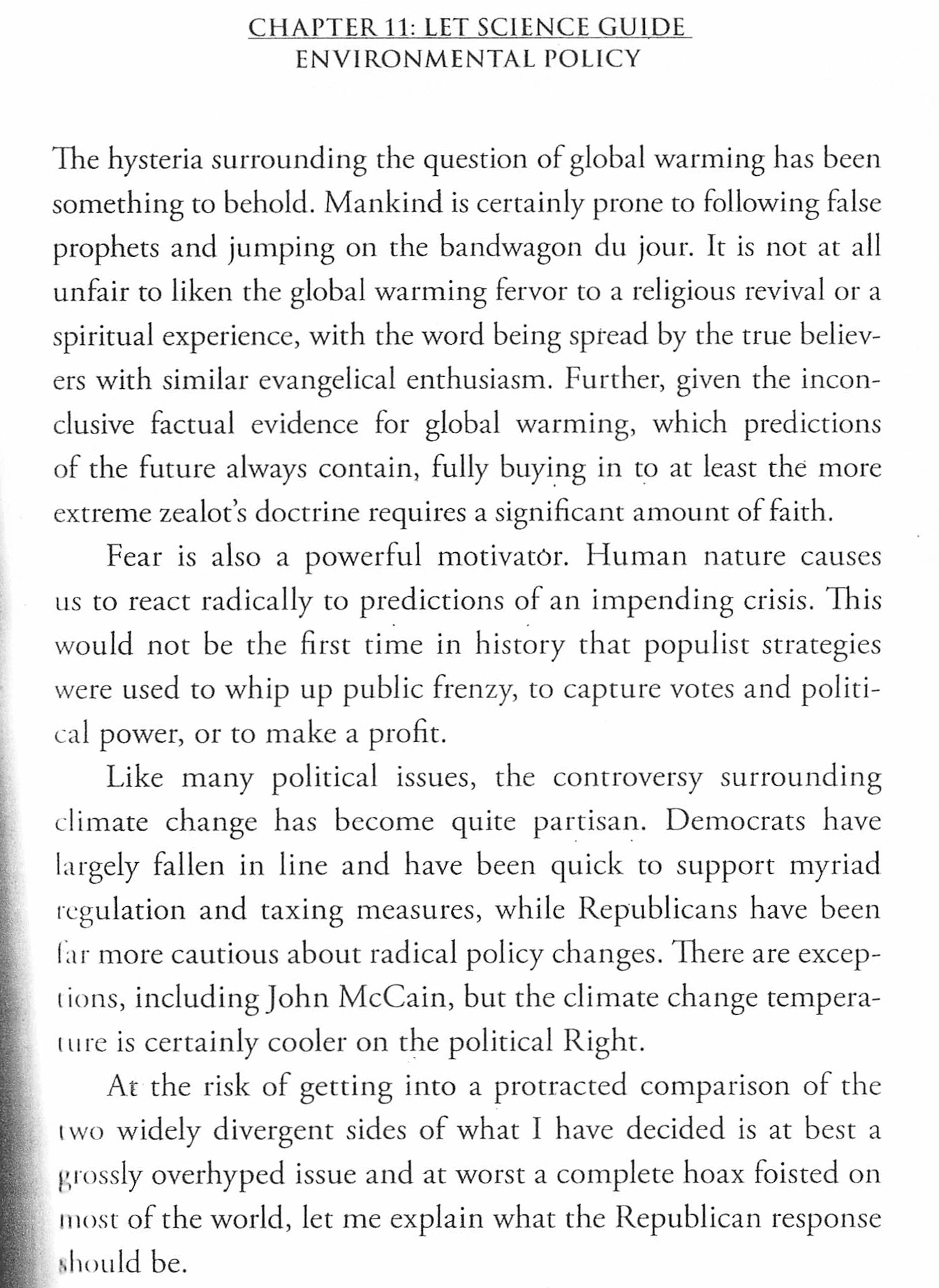 Got that? "A complete hoax foisted on most of the world." We haven't kept reading from this point to discover what the "Republican response" should be to said "complete hoax," because, well, what would be the point of that? It's a "complete hoax." "Hysteria." Motivated by "fear." That's well beyond the expressed views of his Republican opponents on the issue, except maybe Greg Brophy who welcomes more carbon dioxide in the air–and we're pretty sure that Rush Limbaugh couldn't say it any better.

Remember, folks, Beauprez has "lived off the land all of his life." So obviously, he's an expert.