Lessons from Florida: Obamacare is Not the Silver Bullet that Republicans Thought They Had

In a Tuesday Special Election in Florida, Republicans managed to hold on to a Republican House seat when David Jolly defeated Democrat Alex Sink by a slim 48-46 margin. The campaign in Florida's 13th district was for the right to complete the term of the late Rep. Bill Young, who died last October. 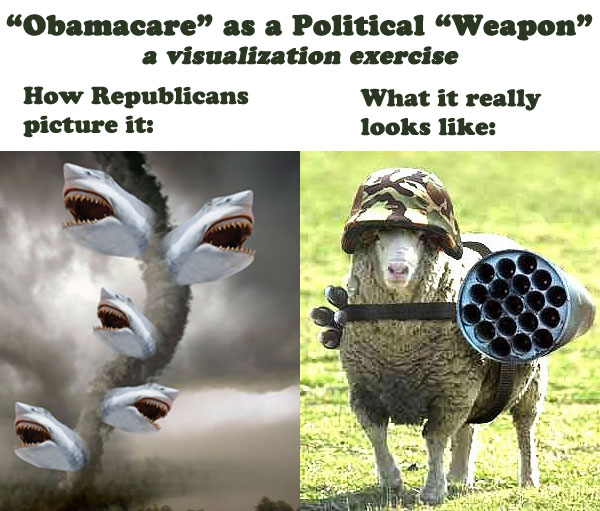 Even before the race was called Tuesday night, the National Republican Congressional Committee was telling anyone who would listen that "Obamacare" was going to devastate Democratic candidates throughout the country. We've been keeping an eye on the FL-13 election for some time now, primarily because Colorado Republicans like Congressman Cory Gardner have openly expressed their belief that voter disgust with Obamacare will carry them into office in November. If the FL-13 results are any indication of how things may play out elsewhere, Gardner and friends may want to make sure they have a 'Plan B' should Obamacare stop gaining traction. Here's why:

In 2012, Rep. Young was re-elected with 58% of the vote; Jolly was a longtime staffer for Young, yet he wasn't able to crack 50% on Tuesday. Keeping what should have been a safe House seat cost Republicans and their supporters a tremendous sum of money. As our friend Chris Cillizza at "The Fix" reported on Tuesday:

That's how much Democrat Alex Sink, Republican David Jolly and a slew of outside organizations have spent — so far — on Tuesday's special election to replace the late Bill Young (R) in Florida's 13th district, according to calculations by the Center for Public Integrity's Michael Beckel. And, the bulk of that money — $8.7 million or 68.5 percent — has been spent not by the candidates but rather by the ever-growing universe of outside organizations on both sides of the aisle. [Pols emphasis]

That's a stunning number — particularly for a seat that could, no matter who wins tonight, be lost in six months time in the November midterms.

Remember, that $12.7 million number was just the amount of spending that had been reported as of Tuesday — it's very likely that the final tally could end up closer to $20 million. In other words, Republicans and their allies will have spent in the range of $10 million to ultimately win a single Congressional seat by a 2 point margin in which the GOP candidate failed to even reach 50%.

That "Obamacare" theme is one expensive silver bullet.

We're not trying to say here that "Obamacare" is not going to be a problem for Democratic candidates such as Sen. Mark Udall. It certainly has its uses in negative ads, but we do think the issue has been overhyped and overpromised to a lot of Republican candidates as their golden ticket to Washington D.C. (or in Gardner's case…to a different suite of offices). Polls show that voters aren't particularly happy with Obamacare, and as a result, they are also unhappy with President Obama in general; in fact, you could say that the GOP's "Obamacare" branding effort has worked, but perhaps a little too well for 2014. Who do you think voters are going to blame for Obamacare? Probably the guy whose name is part of the message.

The lesson from Tuesday's special election in Florida is that it is hard to blame "Obamacare" on someone whose first or last name isn't Obama. If "Obamacare" was such a powerful weapon against a Democratic candidate, then why did Republicans need to spend millions and millions of dollars in order to barely defeat a Democratic opponent in a House race? Because it's just not that simple. No average voter has been casually referring to the Affordable Care Act as "Sinkcare" in Florida, just like nobody is calling it "Udallcare" here in Colorado.

Congressman Gardner may try to ride "Obamacare" through November, but it may run out of gas before the end of the summer.