A Denver judge has rejected Secretary of State Scott Gessler's appeal in an ethics complaint.

Colorado's Independent Ethics Commission admonished Gessler for using state funds for travel to a GOP elections law conference in Florida in 2012. While there, Gessler also attended the GOP national convention, for which he used campaign funds to pay for. Commissioners noted the state money paid for his plane trip to both events and levied a $1,500 fine against him.

Deputy Secretary of State Suzanne Staiert said Gessler probably will appeal. She said her boss was "actually very calm" when he heard the news, but she was fired up. Staiert is a critic of how the five-member commission operates.

"It's absurd. Every official in Colorado is subject to getting snared up in (the commission's) shell game," Staiert said of the ruling… 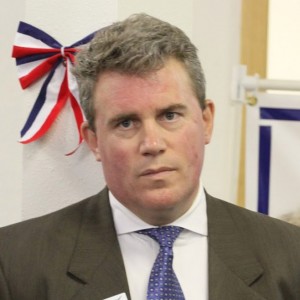 A press release from Colorado Ethics Watch with big news late Wednesday, the Independent Ethics Commission ruling against Secretary of State Scott Gessler over his improper use of state funds for partisan political travel has been upheld in Denver District Court:

Today, Judge Herbert L. Stern, III of the Denver District Court affirmed the decision of the Independent Ethics Commission (“IEC”) that Secretary of State Scott Gessler breached the public trust for private gain by using public money to attend Republican Party events in Florida and to pay himself funds left over in the department’s discretionary account at the end of Fiscal Year 2012. Ethics Watch filed a complaint with the IEC about Gessler's spending in October 2012. The IEC ruled against Gessler after an eleven-hour hearing in June 2013. Gessler sought review of the decision in Denver District Court.

Ethics Watch Director Luis Toro issued the following statement: "Judge Stern's ruling should surprise no one. Public funds are not to be used to pay for plane tickets and hotel rooms at partisan political events. Nor can officeholders whose salaries are set by statute use discretionary funds to pay themselves a year-end bonus. It is time for Scott Gessler to stop spending the people's money defending the indefensible. He should pay the fine and move on."

Here's the complete ruling handed down today. From the initial read of it, this was not a close decision for Judge Herbert L. Stern. In addition to a major validator for the much-maligned Independent Ethics Commission, created by 2006's Amendment 41, this ruling is a major blow to Gessler's gubernatorial hopes–if not in the GOP primary than in the general election. Gessler is counting on overturning the IEC's ruling to forestall otherwise devastating attack ads about his having "breached the public trust for private gain." Without a powerful rebuttal to that charge–something that would get ads taken off the air–the paid media case that can be made against Gessler, with this ruling as the centerpiece, leaves the man pretty much unelectable.

We'll update with coverage of today's ruling once available.