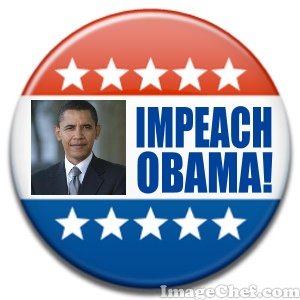 Writing in the far-right outlet WorldNetDaily, Tancredo claims that President Obama is “addicted to dictatorial behavior” and should face impeachment over his handling of Obamacare, the Deferred Action for Childhood Arrivals executive order and Egypt’s political crisis, along with the phony IRS and Benghazi scandals.

Tancredo also likens the U.S under Obama to Nazi Germany: “How often do we hear from the left that Americans must not be ‘good Germans’ and remain silent in the face of oppressive laws? What about obedience to dictatorial edicts?”

A little passage as cited by Tashman:

The case for impeaching and removing President Obama grows stronger each week, as the president continues to violate the constitutional limits on his executive powers. His latest move in delaying the enforcement of yet another part of Obamacare should be article 20 in a bill of indictable offenses against the Constitution.

Citizens of all persuasions and parties should take encouragement in the fact that impeachment is fast becoming a respectable topic of debate even in the mainstream media. Of course, it is usually discussed with the disclaimer that it is a practical impossibility with Democrats in control of the Senate.

So, uh, folks, there is a not-insignificant bubble of unreality in which Tancredo's prescription of an "impeach Barack Obama" platform for the GOP this election sounds perfect. In fact, if you were to make a Venn diagram of voters who think Obama should be impeached and Colorado Republican primary voters, you'd find Tom Tancredo's base. And we needn't remind you, Tancredo is the frontrunner in all polling of the GOP gubernatorial primary up to now.

Democrats, needless to say, would be overjoyed to see Republicans take Tancredo's advice. This kind of rhetoric, not at all out of the ordinary for Tancredo, is why we have previously advised fellow Republicans to never, ever give this man a microphone. But it's a bit late for that now, isn't it?