Yes, Democrats Should Want The RNC In Denver Too 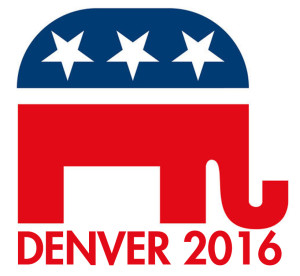 In its attempt to woo Republican officials to Denver to host the Republican National Convention in 2016, Denver put a party in a Broncos-bedecked bag.

At the Republican National Committee’s winter meeting held here this week, a handful of cities were throwing schwag, amenities, appetizers and alcohol to party bigwigs in hopes of winning the ultimate prize: The chance to host 50,000 Republicans, VIPs and guests for five days ahead of the next presidential race.

The RNC expects to make its decision around the time of its summer meeting, in August.

The Post’s Lynn Bartels reports that Democrats in Colorado, as well as competitor host city Las Vegas, back their counterparts’ respective bids–with a fair share of smack talk, of course.

…Nevada Democrats back efforts by state Republicans to host the RNC in Las Vegas that year, according to a November memo to RNC chairman Reince Priebus.

“The reason is simple,” they said. “Putting the national spotlight on Nevada Republicans for a week-long national convention will do more to damage the Republican Party’s brand than anything Democrats could possibly do.” [Pols emphasis]

“While we may disagree on matters of public policy and politics, I support Chairman Call, and his Party’s efforts, to bring the Republican National Convention to Denver,” Palacio said.

“As we learned from 2008, a political convention of this size can mean increased revenue to the small businesses of our state, as well as help to showcase our world-class city,”

“However, I would caution the GOP; as long as their party demonizes immigrants, ostracizes women, and pushes an outdated and extreme agenda, nothing, let alone a convention, will help them win over the independent minded voters of our great state.” [Pols emphasis]

Bottom line: there is absolutely no good reason for Democrats to oppose the Republican National Convention coming to Denver in 2016. Partisan leanings aside, the 2008 Democratic National Convention was a huge and sustained economic boon to the city of Denver and state of Colorado as a whole. It would be hugely counterproductive for Democrats to oppose an event that will result in millions of dollars in the pockets of every kind–and we mean every kind–of Colorado business. When such opportunities present themselves, smart leaders put aside partisanship and take the money.

But if that’s not enough to stay your partisan rectitude, consider this: Colorado is the home of the nationally-recognized (and feared) “Colorado Model” of well-organized and highly effective Democratic-aligned political groups (see: Adam Schrager and Rob Witwer’s Blueprint). Bringing the entire national Republican establishment to their proverbial parlor could be considered an epic opportunity. In fact, if we were the RNC, we might be a little worried about that.

But in terms of a downside for anyone in our state? No, we can’t really see one.