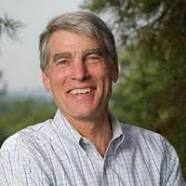 Colorado Republicans are attacking Democratic Sen. Mark Udall for “bullying” the state’s Department of Insurance to revise its estimate that nearly 250,000 Coloradans had their health insurance policies cancelled as a result of Obamacare…

The emails, first published by the conservative news website “Complete Colorado,” center around the department’s estimate that 249,000 Coloradans saw their policies cancelled as a result of the new health care law.

“Sen. Udall says our numbers were wrong. They are not wrong,” [Division of Insurance director of external affairs Jo] Donlin wrote in the Nov. 14 email to Vincent Plymell, a spokesman for the Dept. of Insurance. “Cancellation notices affected 249,199 people. They want to trash our numbers. I’m holding strong while we get more details. Many have already done early renewals. Regardless, they received cancellation notices.”

…The following day, Nov. 15, a Denver Post story appeared that highlighted Udall’s contention that most of the people categorized as having had their plans cancelled had actually been offered renewals.

“We reached out to the Dept. of Insurance because 250,000 cancellations was radically different than the number we were hearing from the insurance industry,” Udall spokesman Mike Saccone told FOX31 Denver on Thursday.

We took note of the Denver Post story in question back in mid-November, in which Sen. Mark Udall and staff laid out their contention that most of the "cancellations" of health insurance in Colorado really weren't. In almost all cases, participants were indeed allowed to renew their policies for another year under state regulations–and this was the case before President Barack Obama made the announcement that similar renewals would be allowed nationwide. Also, as other reports we cited at the time demonstrated, thousands of Coloradans were sent cancellation notices in error from their insurers that were later confusingly retracted. What Sen. Udall was trying to do was cut through the confusion to determine what real outcomes were shaping up to be.

But it is precisely that sense of confusion in this debate that Republicans are seeking to exploit. For some months, Republicans have promoted a running tally of policy "cancellations" that has "grown" to some five million–which sounds pretty bad. That's where Republicans would like to freeze the issue in the public consciousness, but that's not the whole story. In Colorado, our disproportionate number of "cancellations" relative to population–which is what attracted Udall's attention to begin with–were almost all offered a renewal of their existing plan in 2014 in the same "cancellation" letter. Once the administration allowed what Colorado was already doing nationwide, many more "cancellations" were eliminated. Most importantly, millions have found affordable coverage on the new insurance exchanges, which if you haven't been paying attention recently, are working now.

In short, Republicans frame the present situation as one where their dubious "five million cancellations" not only were really cancelled–which in most cases both Colorado and nationally were not–but are still without insurance today. All manner of misleading comparisons are being made, like exchange signups versus their number for "cancellation notices," with the express purpose of making it seem as though the Affordable Care Act has left these people without insurance. For all of the above reasons and more, that's just BS. Udall is absolutely right to push back. 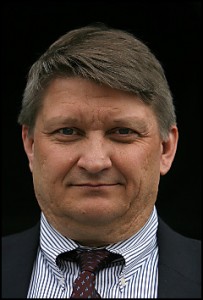 With that said, Republicans might perhaps have used this story to some short-term messaging advantage. But true to form, wild overreaction exposes their underlying worry that this key talking point is coming apart.

Former GOP Chairman Dick Wadhams, who is supporting and advising one of Udall’s possible opponents, state Rep. Amy Stephens, told FOX31 Denver that this “scandal” is worse than this week’s revelations that New Jersey Gov. Chris Christie’s staff created a traffic jam simply to pay back a Democratic official who didn’t support the governor’s reelection bid.

“This deserves a full investigation by federal and state authorities along with the Senate Ethics Committee,” Wadhams said. “What did Senator Udall know and when did he know it when his staff tried to force Colorado insurance officials to falsify their numbers to suit his political purposes?”

Got that? Udall's staff trying to get to the bottom of this complex and heavily propagandized issue is "worse" than the scandal over New Jersey Gov. Chris Christie's staff causing traffic jams in Democratic Fort Lee! We suppose you have to have some sympathy for Dick Wadhams, trying to press the attack against Udall over health care on behalf of the GOP primary candidate who gave the world "Amycare." But the comparison is sufficiently ridiculous to deprive Wadhams of any credibility.

At some point, hopefully soon, reality will win the day. And we're pretty sure it will validate Sen. Udall's math.