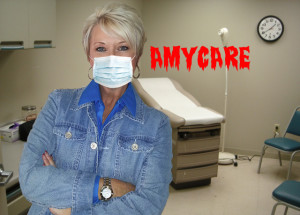 In opening day speeches from leadership Wednesday, both Democratic House Speaker Mark Ferrandino and Senate President Morgan Carroll offered compliments to their Republican colleagues who are running for higher office this year.

“Amy Stephens, an advocate on healthcare issues who had the political courage to work across the aisle to create Colorado’s healthcare exchange,” Ferrandino said of his colleague, Rep. Amy Stephens, a Republican from Monument…

Highlighting Stephens’s work on the exchange, a key piece of Obamacare, may seem nice on the surface; but Democrats are well aware that Stephens’s sponsorship of the bill creating the exchange is preventing her U.S. Senate campaign from gaining traction with Republican primary voters, many of whom won’t forgive even the slightest endorsement of the new health care law.​

A PPP poll last November found Rep. Stephens polling at 7%, deep in the pack of GOP primary contenders to take on incumbent Mark Udall this fall. In the absence of any better explanation, it does appear that Stephens' support for 2011's health insurance exchange legislation in Colorado, Senate Bill 200, is a major factor holding her back. If Stephens does start to build momentum, her opponents have a lot of space in this primary to bash her. At this point, we don't see how she can survive the primary if she gets singled out in the perception of Republican voters as the Republican who "sold Colorado out to Obamacare."

It's just a question of when, or if, her opponents decide that is necessary.