“Had we not had 1303, our budget would be in exceptionally good shape. We’d be just fine,” Gessler testified to his fellow Legislators last December.. “1303 has been a budget-buster. It has completely blown our budget out of the water.” 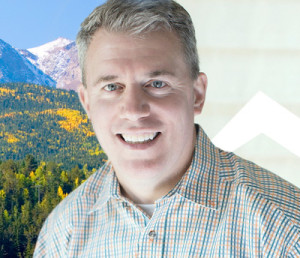 ​This is a lie. It is not taken out of context, nor is it possibly true in some alternate-spin right wing media universe. Secretary of State Gessler has blown his budget, and he is lying about the cause .There are several reasons for the projected fiscal year 2014-2015 5.1  million dollar budget deficit, some of which are Gesssler’s choices, some of which are beyond his control, but implementation of House Bill 13-303, otherwise known as the  “Voter Access and Modernized Elections Act” is not one of the factors leading to the projected 5.1 million budget-buster.

The Colorado State Department runs on cash. Businesses, nonprofits, and all manner of political committees pay registration and late fees to the Secretary of State’s office. (JBC 5) Out of these fees, approximately 21% is allocated for election expenses.  (JBC 4 ) When HB13-1303 was enacted, the Legislature set aside $ $1,029,181 from the State Cash fund,  divided into $772,905 for information technology expenses, and $256,276 for the elections division.   (from the HB1303 JBC staff fiscal analysis page 2)   The total amount allocated from the cash fund for 1303 is expected to be $1,317,181 for FY14-15 ( FY14 -15 JBC  page 35 ) So 1.03 million out of election's division 4.4 million yearly share of the State budget is significant, but a small price to pay for free and fair Colorado elections. Most of it goes to information technology, which makes all election operations more efficient and transparent. The Election Clerks agree.

Secretary of State Gessler doesn’t like HB1303. He never has, and he never will. Something about the convenience of all-mail ballots, the greater turnout rate, the ability to register and vote on the same day – These things help voters vote, and the more voters turn out, the less likely they are to elect Republicans, and, according to Gessler, a good election is one in which Republicans win.

At least a million dollars of the budget-busting overrun over the last two years has been legal expenses related to  Mr. Gessler’s attempts to disenfranchise voters , or to his ethical missteps.

In 2012, Scott Gessler spent $ 1278.90 on travel to the Republican convention and meeting in Florida  and DC, and took it out of discretionary funds. Colorado Ethics Watch filed a complaint, and after two years, Mr. Gessler has spent $238, 923 fighting the ethics complaint and appealing the decision. (CEW Appendix E , page 1 – see preparer’s note: “The Majority of Outside Counsel Services for 2013  and 2014 are related to the IEC matter and related appeal.”)

Finally, Gessler repaid the $1278.90, which he could have done out of pocket at the time.  Apparently, he thought spending $238K of his department’s cash fund defending his dip into discretionary funds was the better choice. His conduct at the Independent Ethics Commission hearing entailed absurd memory loss moments:

Initiatives, Ballot issues, and recall elections do contribute to the budget deficit:

There may be legitimate reasons for the projected budget deficit – Colorado voters are notoriously initiative-prone. We like to run local ballot issues, too, and the Department of State has to reimburse the Counties for these costs. Both of these together cost the Department of State  approximately 2.5 million in FY2012-2013 (JBC 6)

But these are fairly predictable items, and budgeted for within Elections Division’s 20% of the 22 million dollar yearly State Department budget. Recall elections, if they become the new normal, will probably stretch the State budget exponentially.  There are two methods to verify recall petition signatures – the “sampling” method, which samples signatures within parameters, and line-by-line verification. Sampling costs about $30,000 per petition, and line-by-line may cost up to $75,000.  In the JBC document, the staff preparer, Alfredo Kemp, argues for legislation amending the requirement for line-by-line verification, and for lowering the standard to sample 110% to 105%.  (JBC16)

Implementing the HAVA law will increase State Department costs, and the Federal contribution to HAVA is going to dry up.

The Help America Vote Act is a Federal law, which attempts to improve and standardize the voting experience from state to state, and had contributed cash infusions to modernize equipment, improve information technology capability, and otherwise help states to run modern elections. HAVA is no longer providing funds to Colorado. So that would decrease State's available election funds. Again, this was completely predictable. Everyone knew that Colorado would still have a legal obligation to implement HAVA, even after the funding stream from the Feds ceased to flow.

A three month "Fee Holiday" for business filings on the Secretary of State site ended February 28,2013, and certainly decreased revenues for the State Department, since these fees are the Department's main source of revenue. Fees will increase next November to make up for the holiday.  This "sale" and BOGO marketing strategy might work for Walmart, but it's not a great way to run a government agency that needs consistent revenue.

At the end of the JBC document, State staff Kemp pleads for a $5.1 million cash infusion from the General Fund to the State Department. Gessler has been working the press to promote this, and blaming HB1303 for the budget overrun. His pleas have so far been met with skepticism from his fellow legislators.

Bottom line: If it is voter-initiated actions, such as ballot initiatives and recall elections, which are blowing out the Department of State budget, then Secretary Gessler needs to own up to that, even though this may irk the conservative base which promotes most of these initiatives.  If it is his own policies, such as the fee holiday, or Federal policies, such as the end of HAVA funding, then he needs to admit that. In any case, the projected cost overrun has absolutely nothing to do with HB1303, and Gessler needs to stop lying about it.

Until then, the Colorado General Assembly should turn a deaf ear to his pleas for more money.

Thanks to Ralphie for input and to Luis Toro from Colorado Ethics Watch.